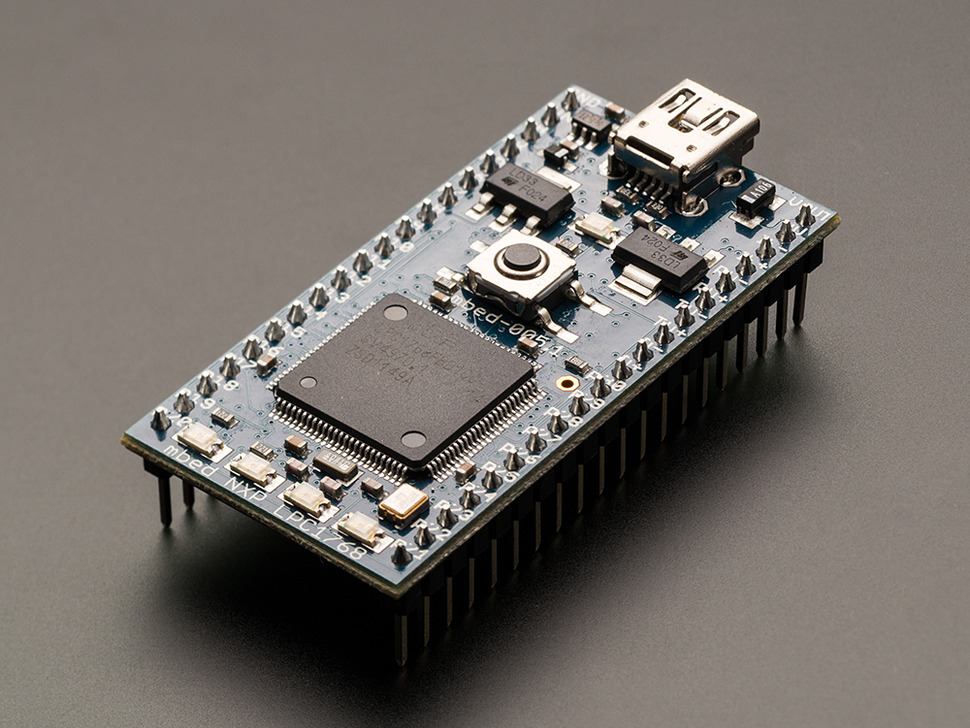 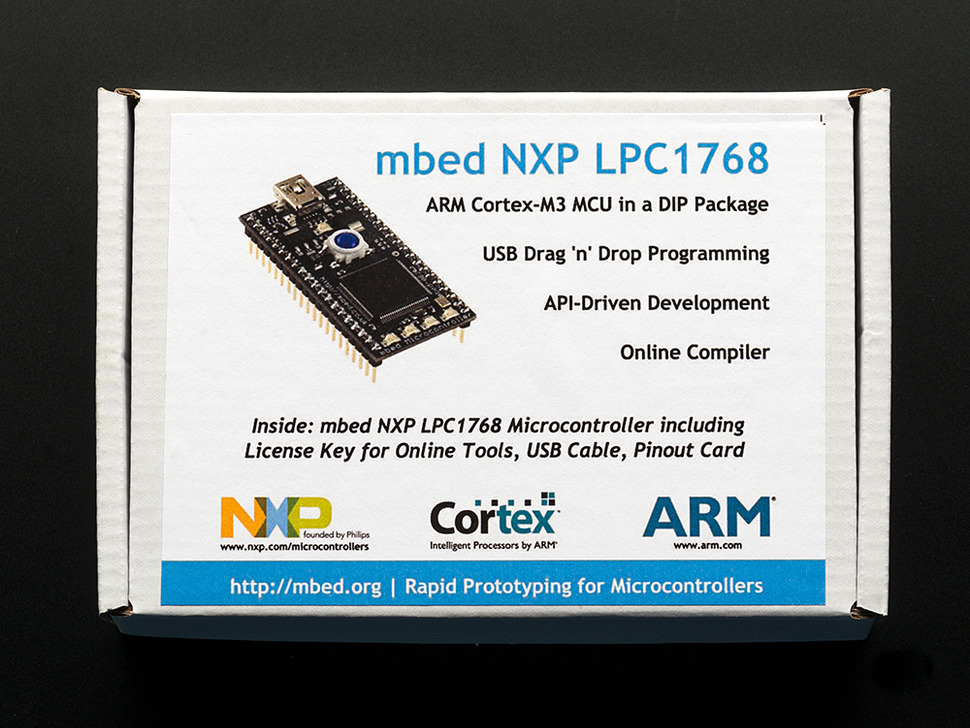 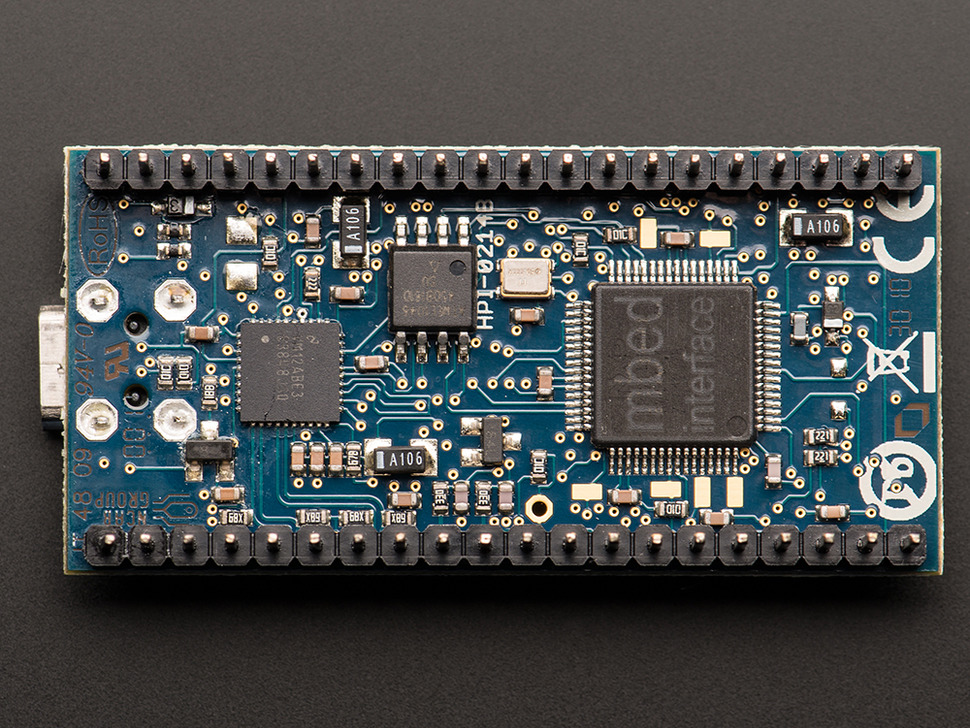 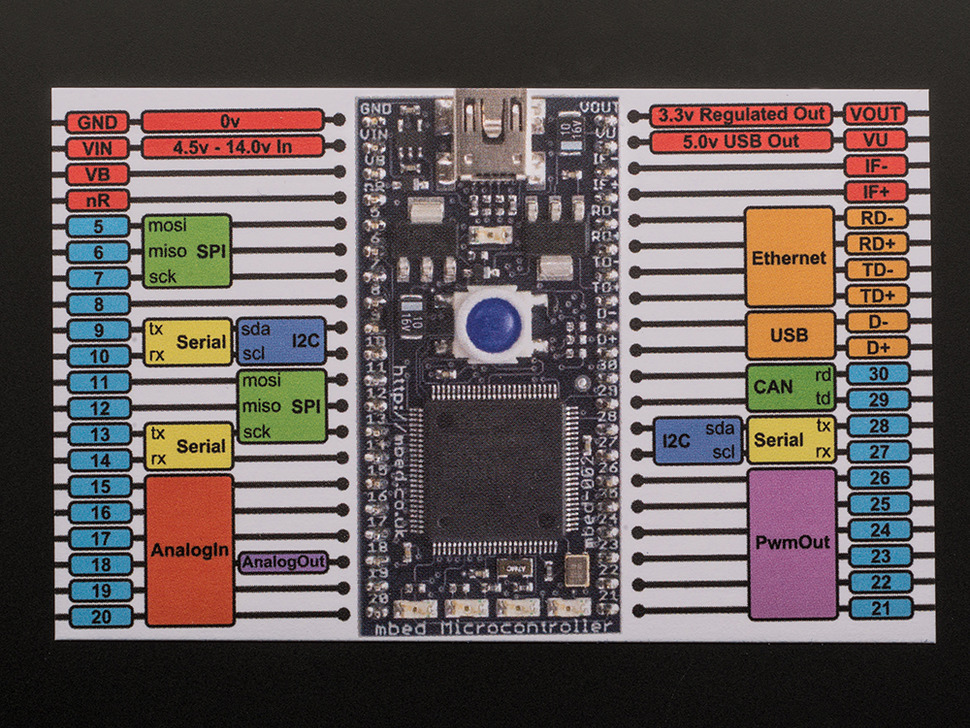 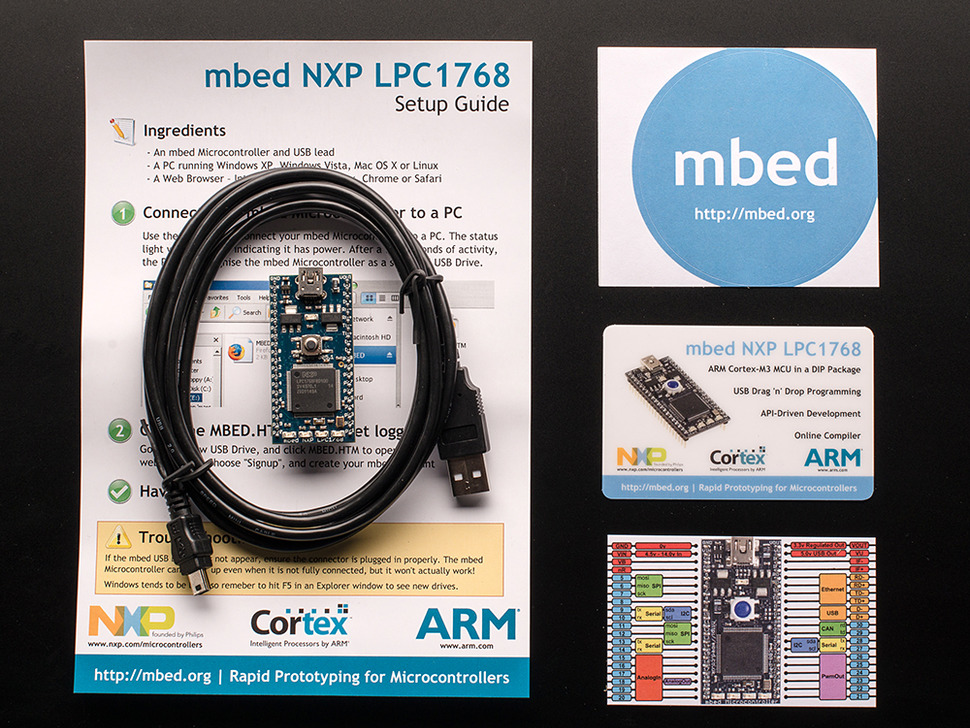 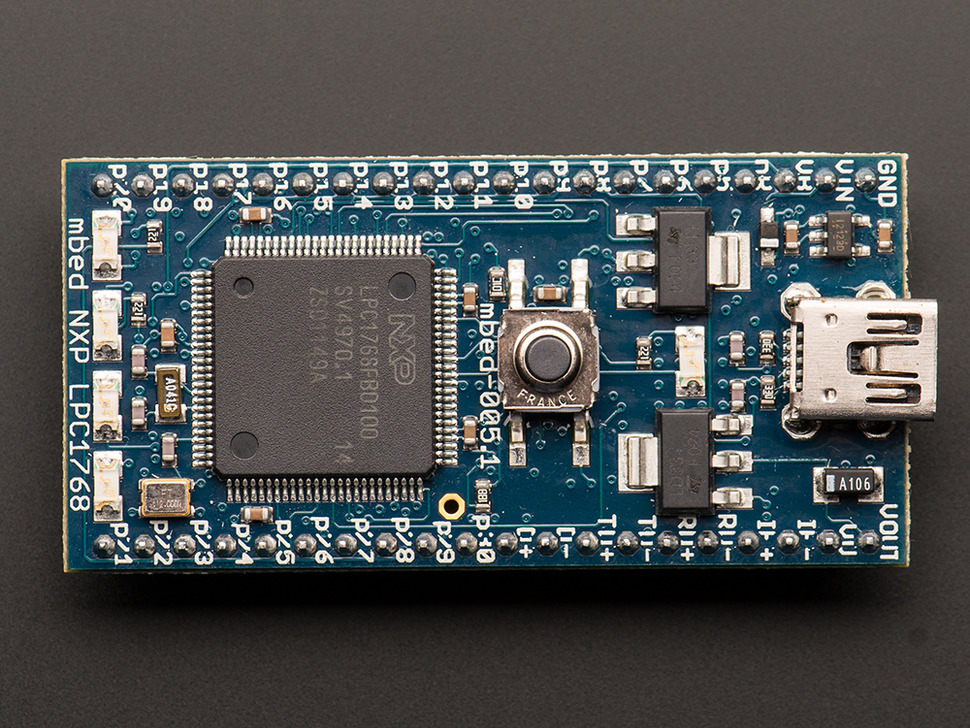 The mbed is a tool for rapid prototyping with microcontrollers using the beefy LPC1768 ARM Cortex M3 chip. While it looks like a classic breadboard-friendly breakout board, this dev board has a few tricks up its sleeve. First of all, underneath the PCB is a second LPC chip which acts as the programmer: when plugging into a USB port the mbed shows up as a flash drive and programs can be 'dragged' onto it for uploading. This makes it easy to program without an external device, and makes bricking impossible. There's also a bunch of indicator LEDs, and a little flash storage chip as well.

Writing code for the mbed is a little different than you may be used to. Instead of downloading the IDE and installing it locally, the user must instead visit the http://mbed.org website and use the web-based 'cloud' programming system. Since the board is programmed via drag-n-drop, no software is installed. The good news is that it means its easy to work on anywhere you are just by logging on, and there's a vibrant social network sharing code on the mbed site. The bad news is that Internet access is required to work on a project.

New users can get started with mbed tools in 60 seconds, by plugging in an mbed microcontroller, going to the mbed.org website to sign up, and downloading and running a "Hello World!" binary just like saving to a USB flash drive. Compiling a first program takes only 60 seconds more; Launch the browser-based compiler, create a new template project, click 'compile' to build and download the binary - there is nothing to configure or install, and everything works on Windows, Mac, or Linux.

For experienced users, mbed provides a fast way to create proof-of-concept designs in the early stages of development. For developers using older microcontrollers, discrete logic, or even those new to the industry, mbed removes the barriers to the world of modern 32-bit microcontrollers. 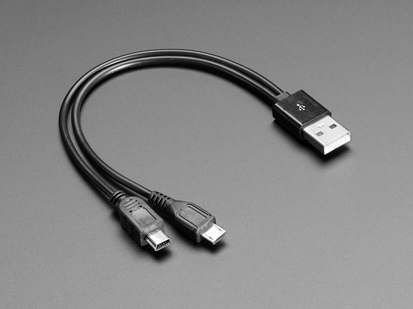