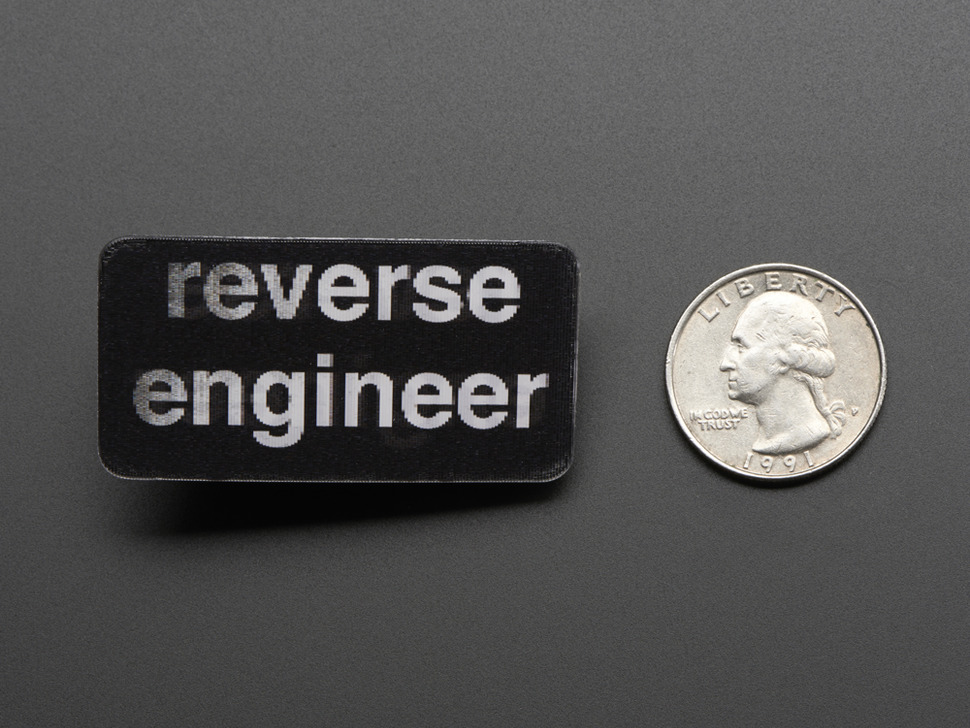 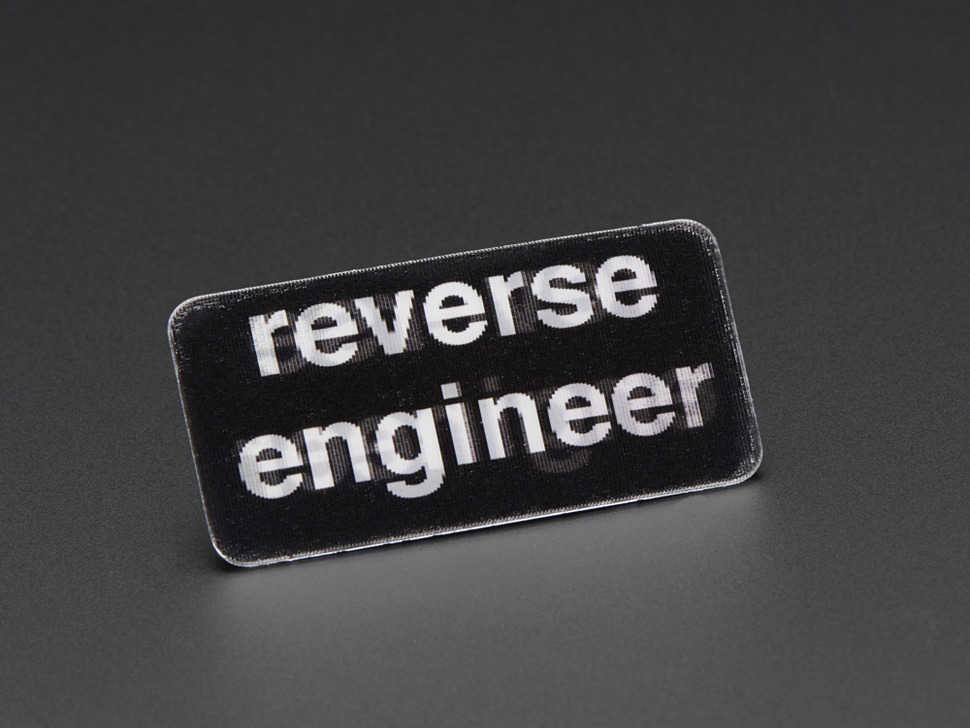 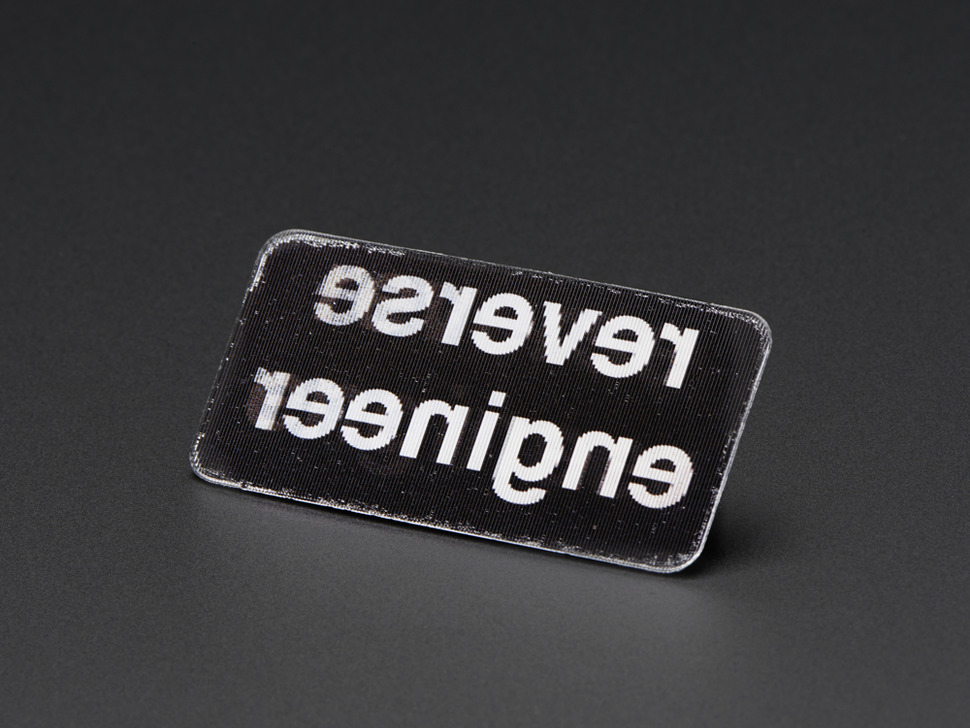 You can reverse engineer! This is the first lenticular (two-stage image) skill badge that we know of! It says reverse engineer forwards and backwards depending on the angle you view it at!

Note: The edges of the badge will appear "white" at an angle, that's the nature of the material. Be sure to view the photo(s) before you purchase.

Adafruit offers a fun and exciting "badges" of achievement for electronics, science and engineering. We believe everyone should be able to be rewarded for learning a useful skill, a badge is just one of the many ways to show and share.

This is the "I reverse engineered something" badge for use with educators, classrooms, workshops, Maker Faires, TechShops, Hackerspaces, Makerspaces and around the world to reward beginners on their skill building journey!

This beautiful badge is made in the USA.

The badge is skillfully designed, the backing is a pin, so you just pin it to your clothing, bag or whatever.

Lenticular printing is a technology in which a lenticular lens is used to produce images with an illusion of depth, or the ability to change or move as the image is viewed from different angles. Examples of lenticular printing include prizes given in Cracker Jack snack boxes that showed flip and animation effects such as winking eyes, and modern advertising graphics that change their message depending on the viewing angle. This technology was created in the 1940s but has evolved in recent years to show more motion and increased depth. Commonly called "wiggle pictures," lenticular prints are also to show products in motion.

Lenticular printing is a multi-step process consisting of creating a lenticular image from at least two existing images, and combining it with a lenticular lens. This process can be used to create various frames of animation (for a motion effect), offsetting the various layers at different increments (for a 3D effect), or simply to show a set of alternate images which may appear to transform into each other. Once the various images are collected, they are flattened into individual, different frame files, and then digitally combined into a single final file in a process called interlacing.