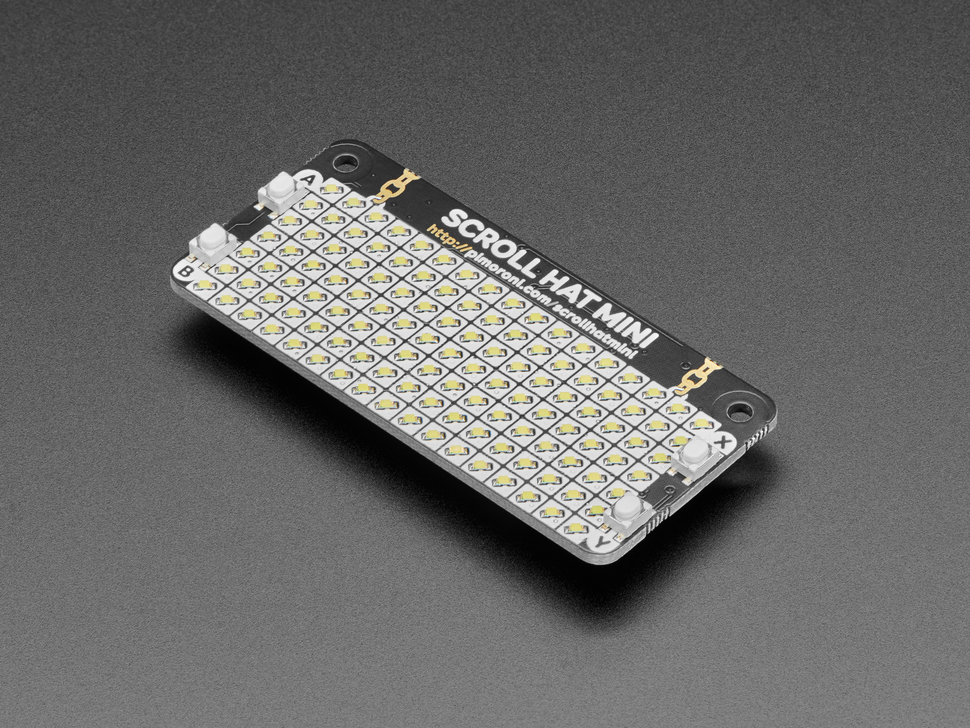 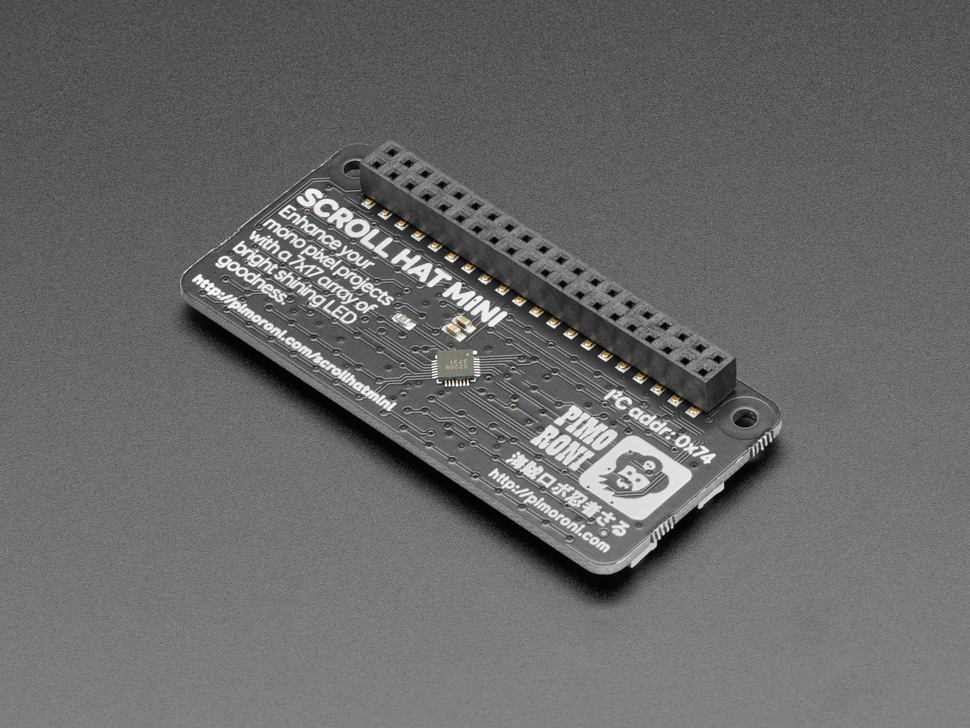 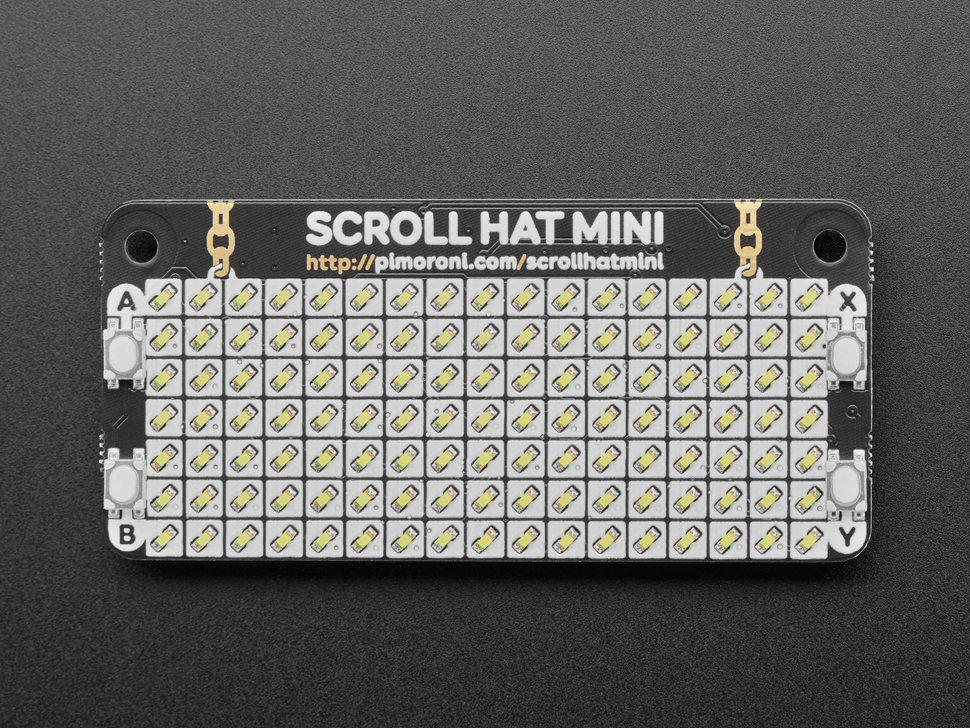 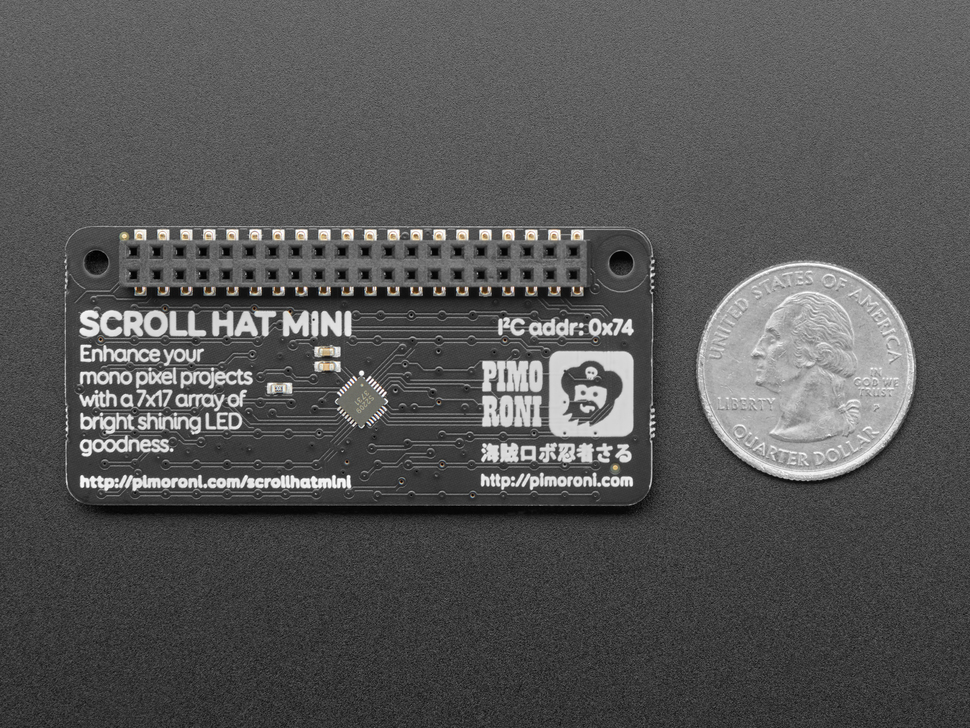 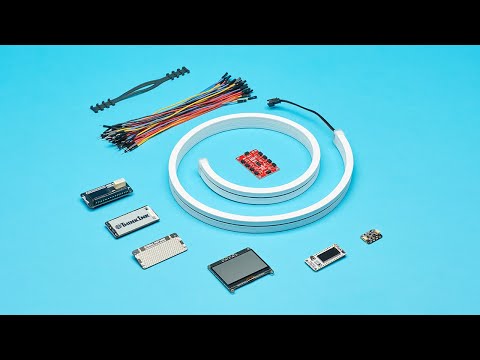 Why not check out the Adafruit CharliePlex LED Matrix Bonnet - 8x16 LEDs!

A 17x7 matrix of bright white LEDs with individual brightness control, and four handy buttons, made for Raspberry Pi. Just the job for scrolling messages, animations, and more!

Scroll HAT Mini's 119 LEDs are plenty for scrolling text, and the individual PWM brightness control over each pixel opens up a whole heap of potential for swish animations. The buttons could be used to toggle through modes or menus, for playback control, or even to control simple games. The pre-soldered header means there's no pesky soldering!

Use Scroll HAT Mini as a scrolling message display for your tweets, the weather or the news. There's even enough pixels for simple games like Tetris, Pong, or snake, using the buttons for controls.

The Scroll Mini HAT is similar to the Scroll HAT but comes fully assembled and has 4 bonus buttons on the front!

Why not check out the Adafruit CharliePlex LED Matrix Bonnet - 8x16 LEDs!