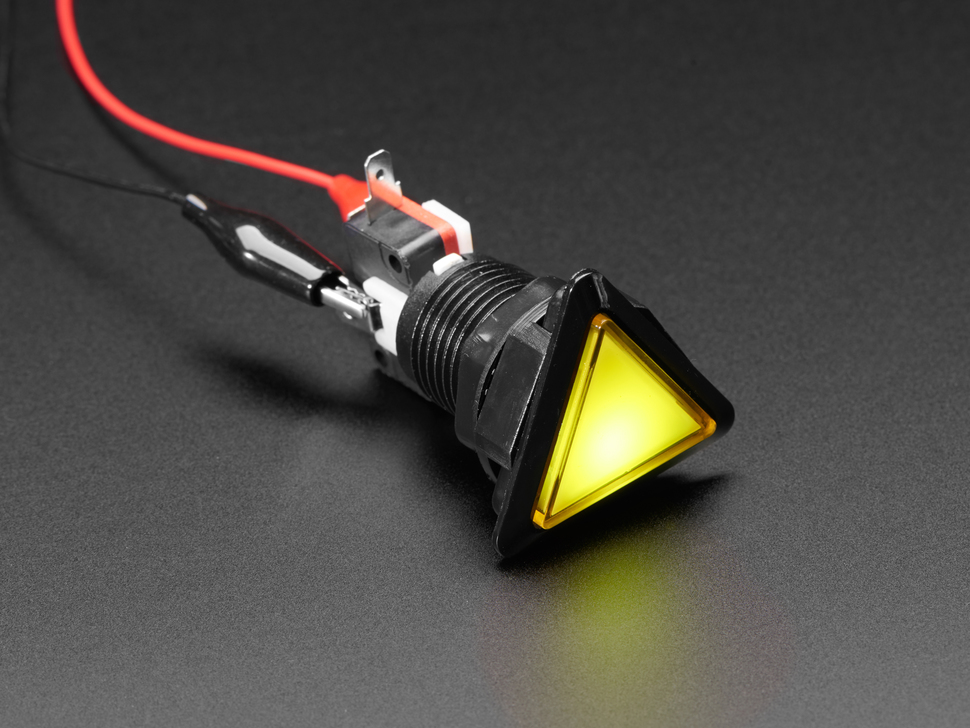 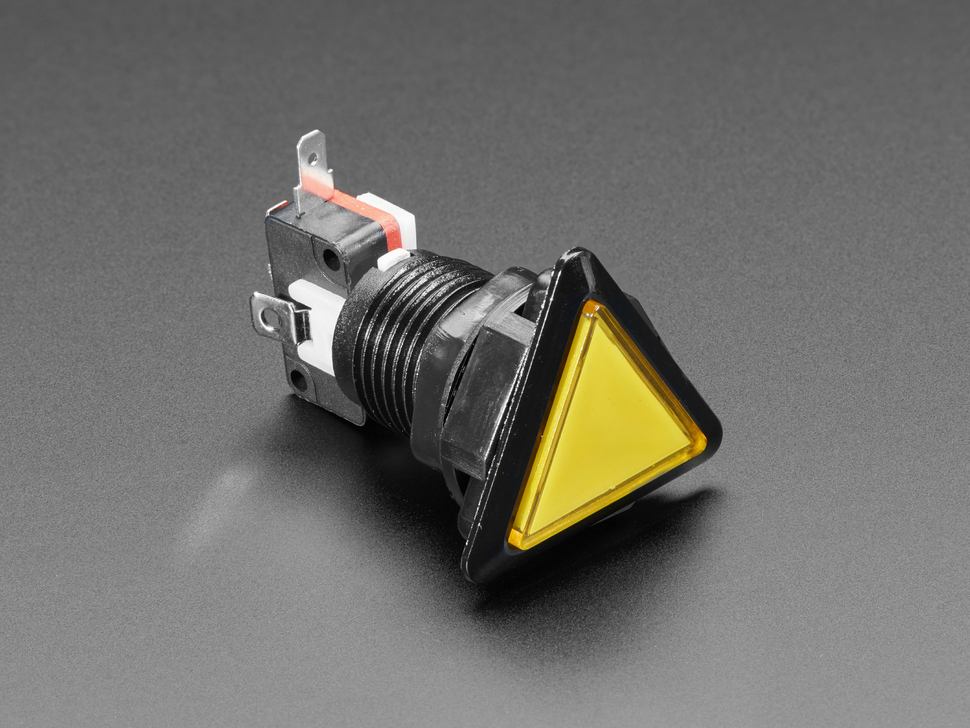 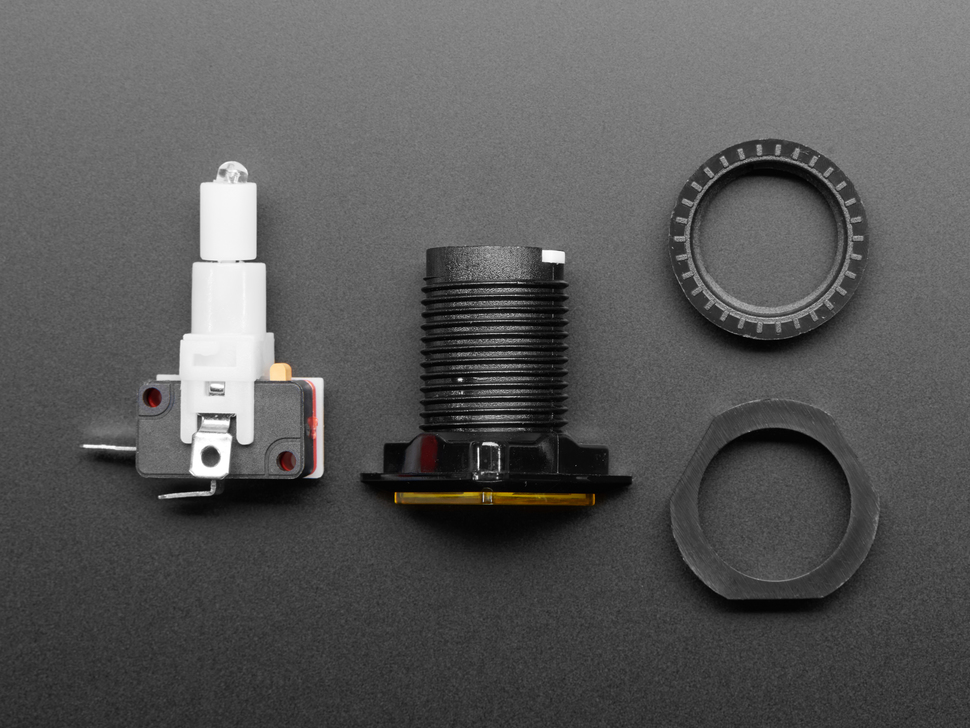 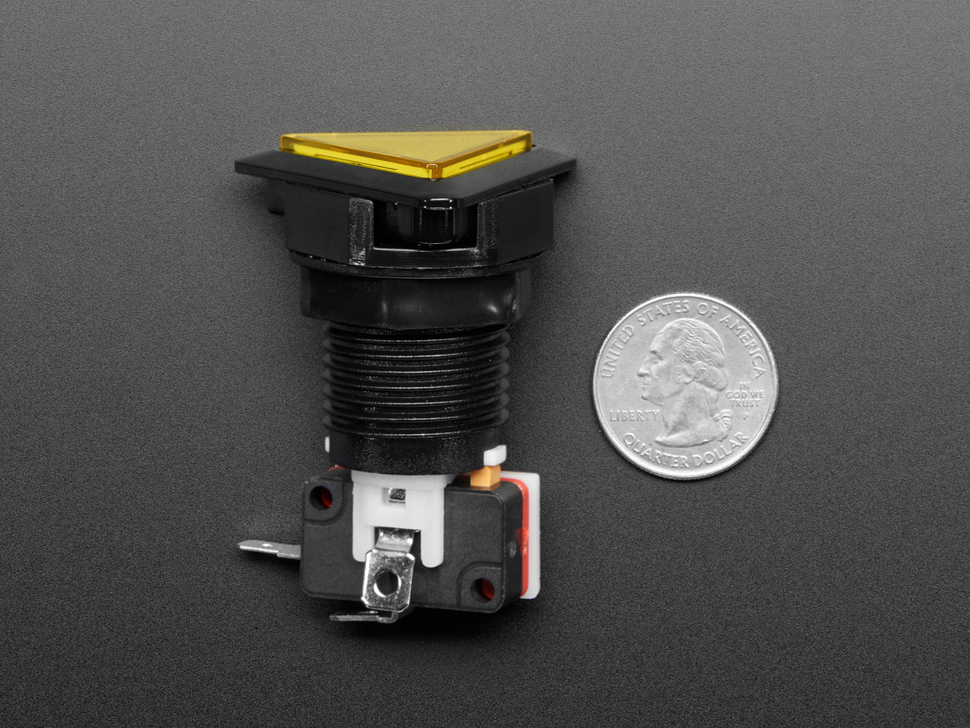 These buttons are medium-sized, large enough to press easily, but not too big that it gets in the way of your project panel. Each button contains a built-in LED that can be controlled separately from the switch action - either to indicate or just to look good. This particular button has a yellow plastic coloring.

The body is a black plastic with the LED built inside. There are two contacts for the button and two contacts for the LED, one marked + and one -. The forward voltage of the LED is about 2.2V so connect a 220 to 1000 ohm resistor in series just as you would with any other LED to your 3V or higher power supply. We'll note that the LED this comes with is not so great. We really recommend a diffused LED but these come with a non-diffused one and it wasn't possible to get them customized. So! We recommend picking up some diffused 5mm LEDs and winding them into the switch for a better look. 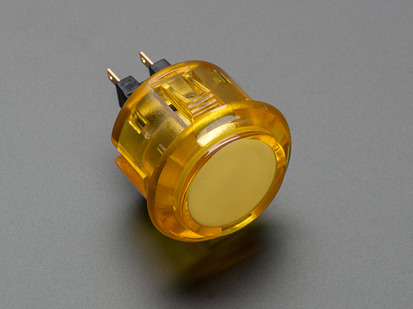 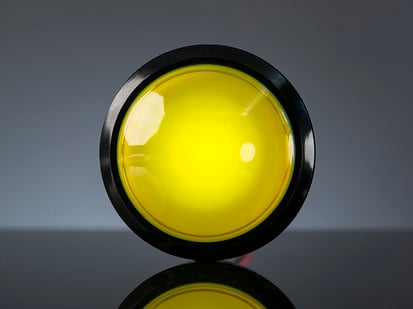 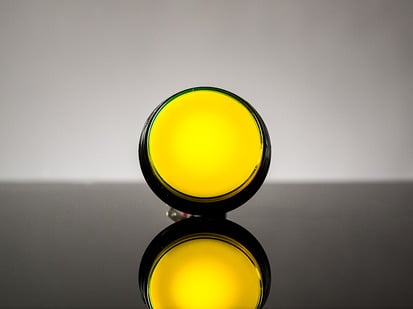 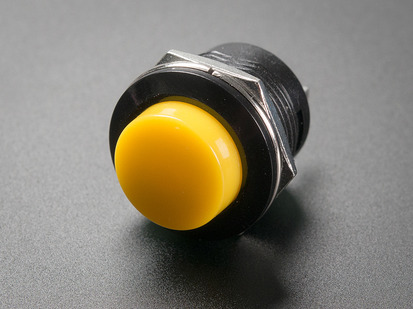