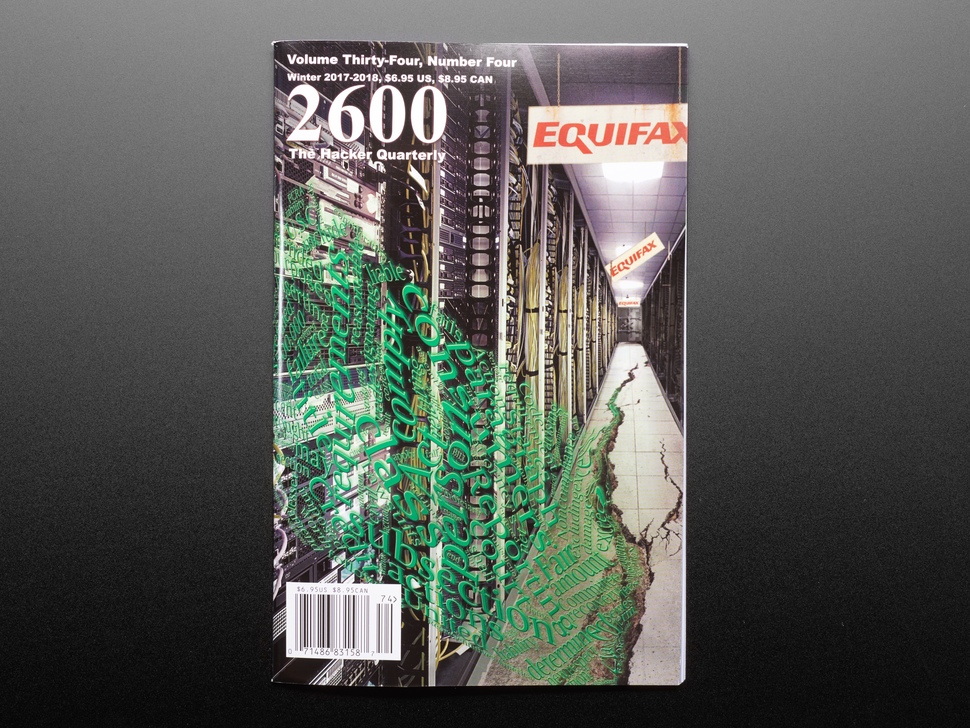 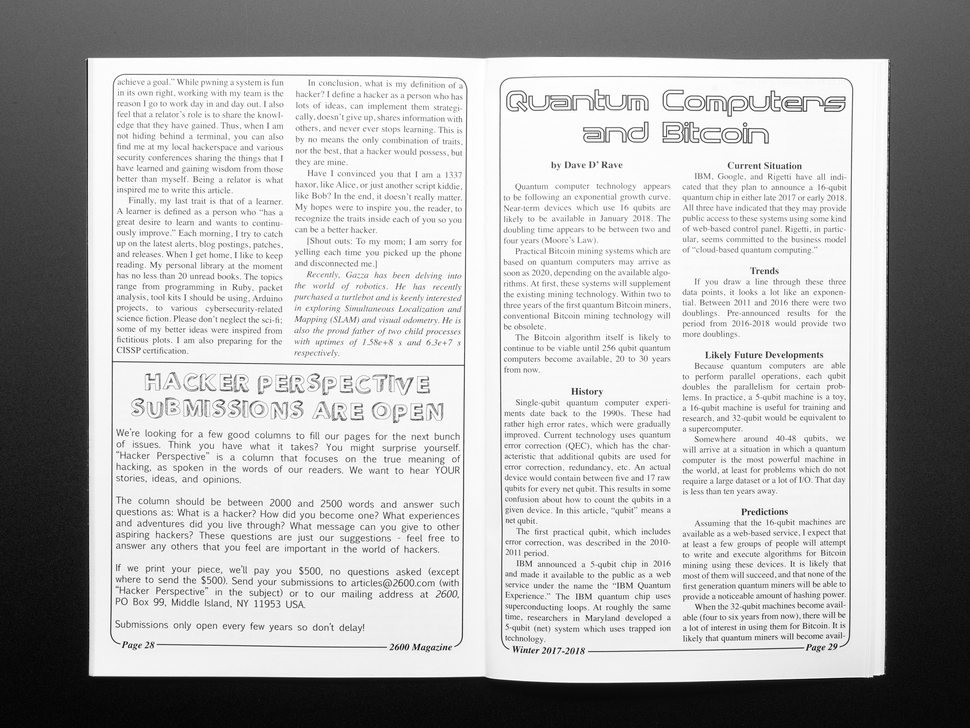 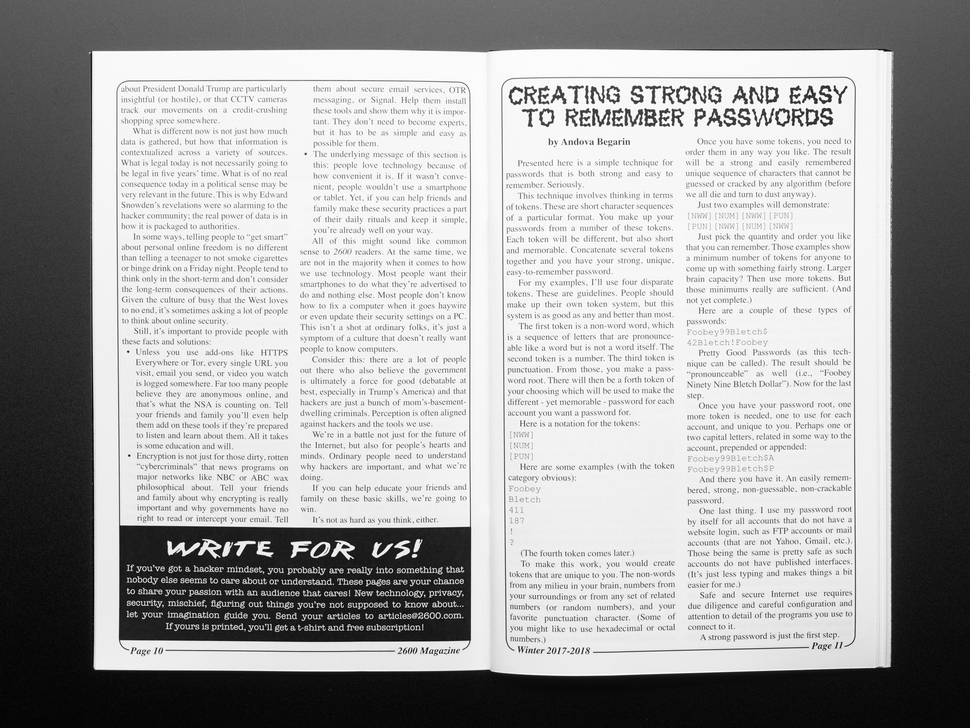 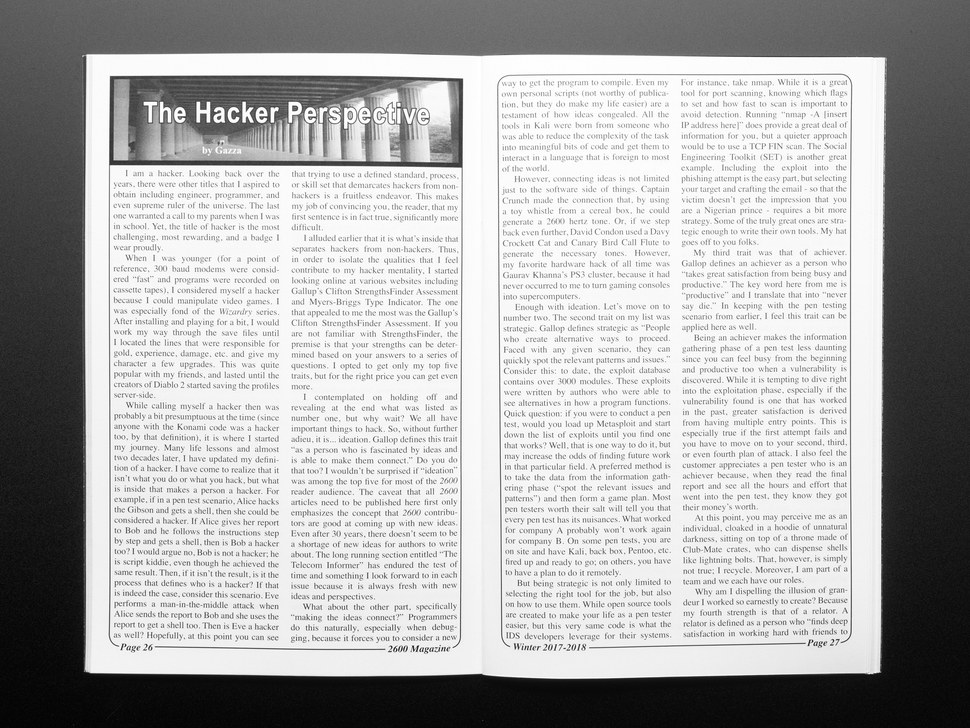 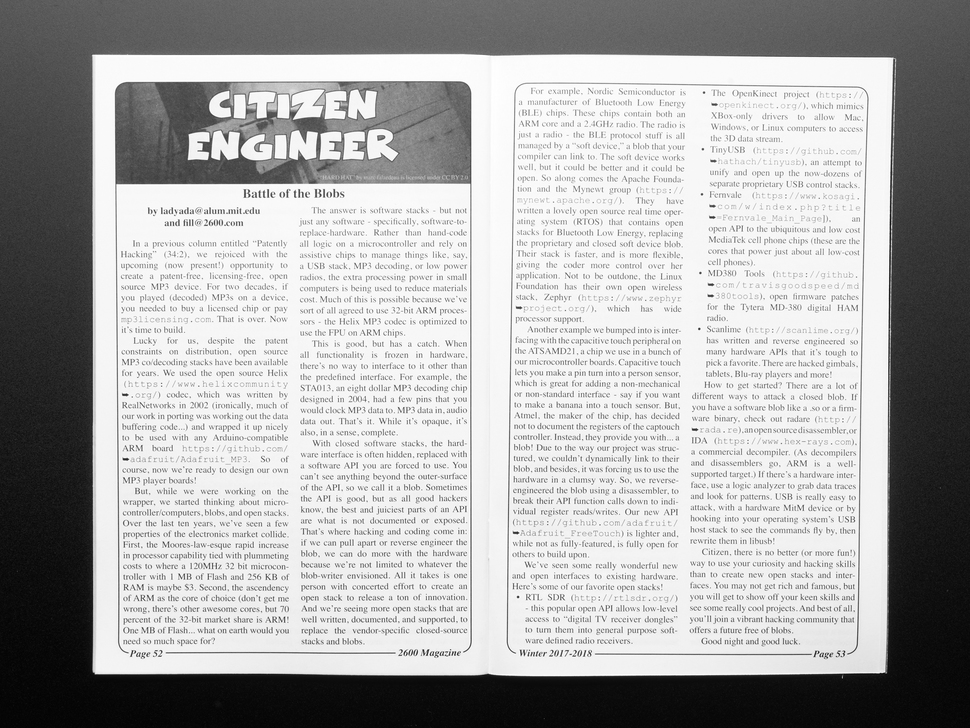 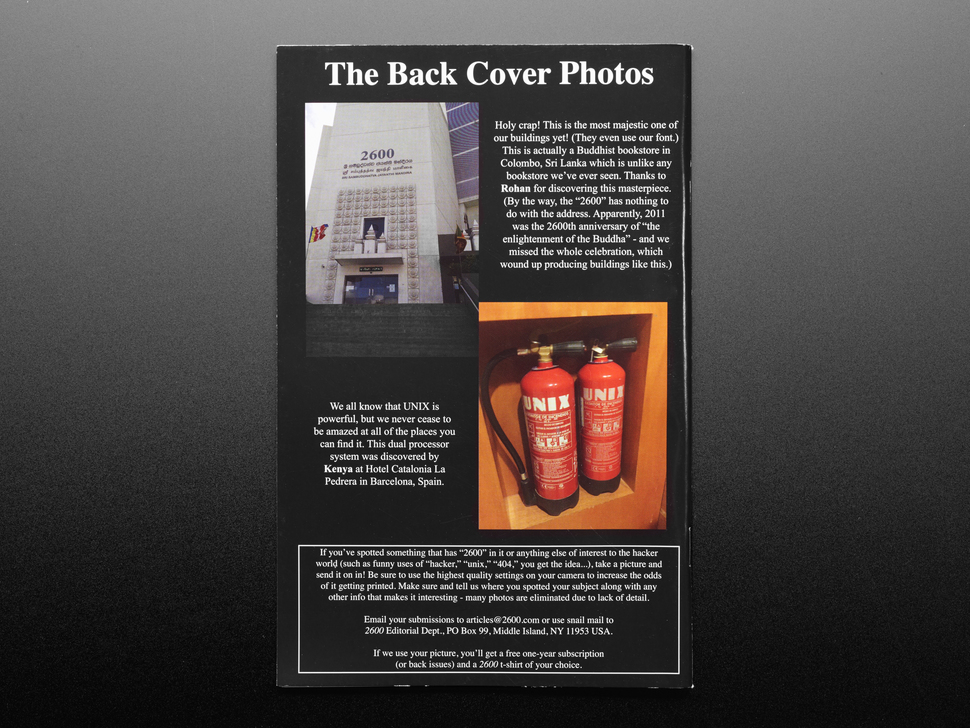 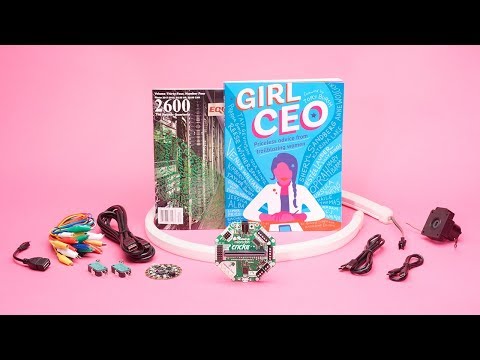 2600: The Hacker Quarterly is an American quarterly journal specializing in issues surrounding hacking, telephone switching systems, internet protocols, telecommunications in general, the politics around high technology, and its impact on society.

With origins in the phreaking community and late 20th century counterculture, 2600 and its associated conference transitioned to coverage of modern hacker culture, and the magazine has become a platform for speaking out against increased digital surveillance and advocacy of personal and digital freedoms.

This issue includes a piece by our very own LadyAda – Citizen Engineer!

Featured in this issue: 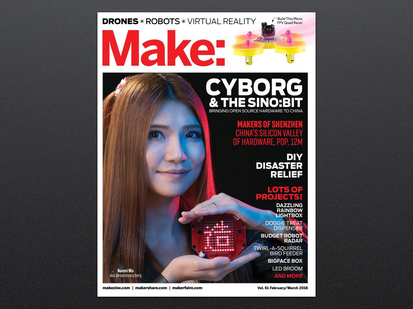 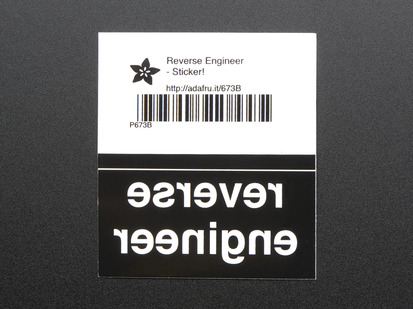