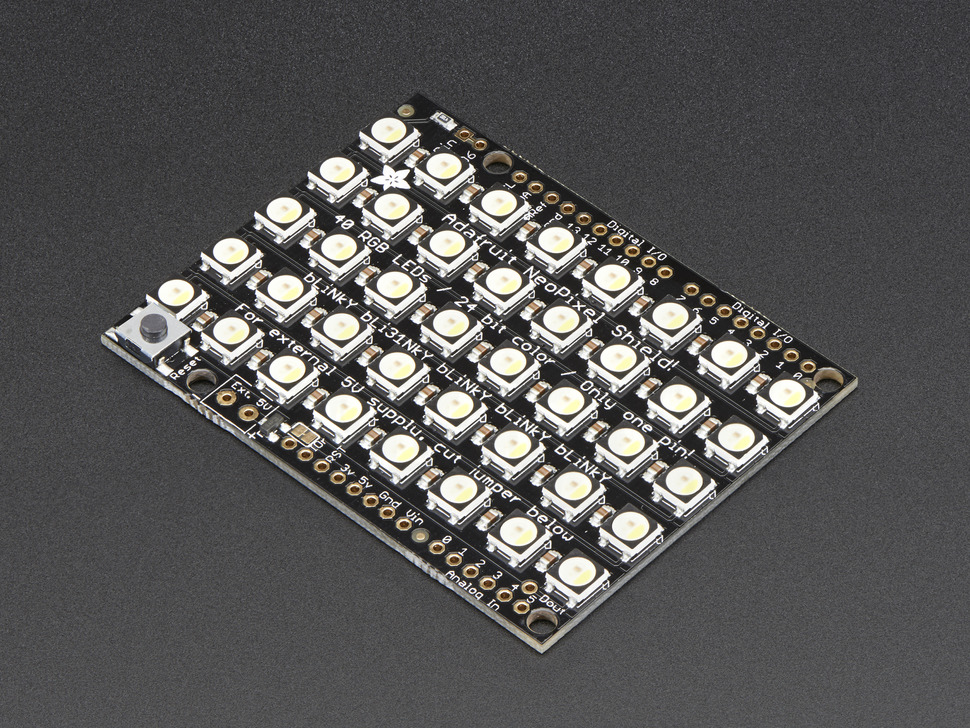 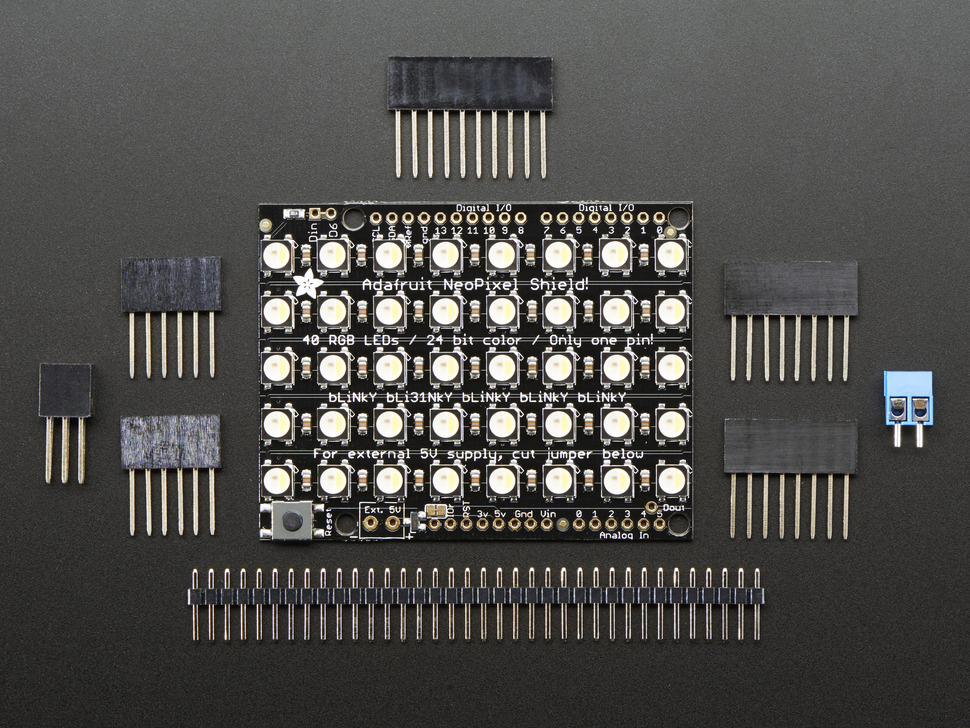 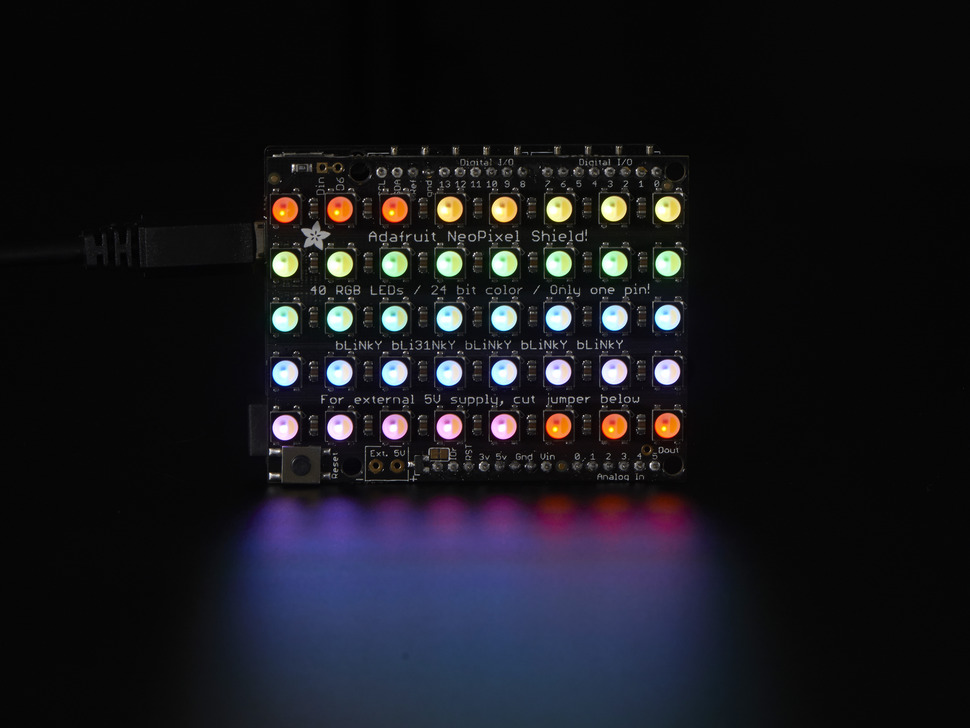 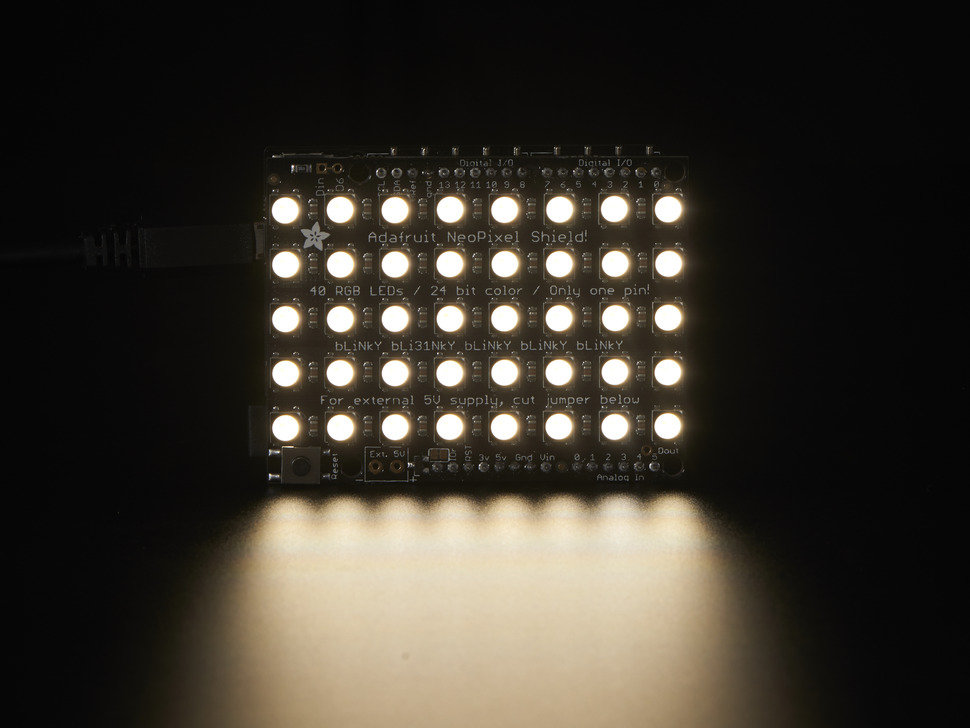 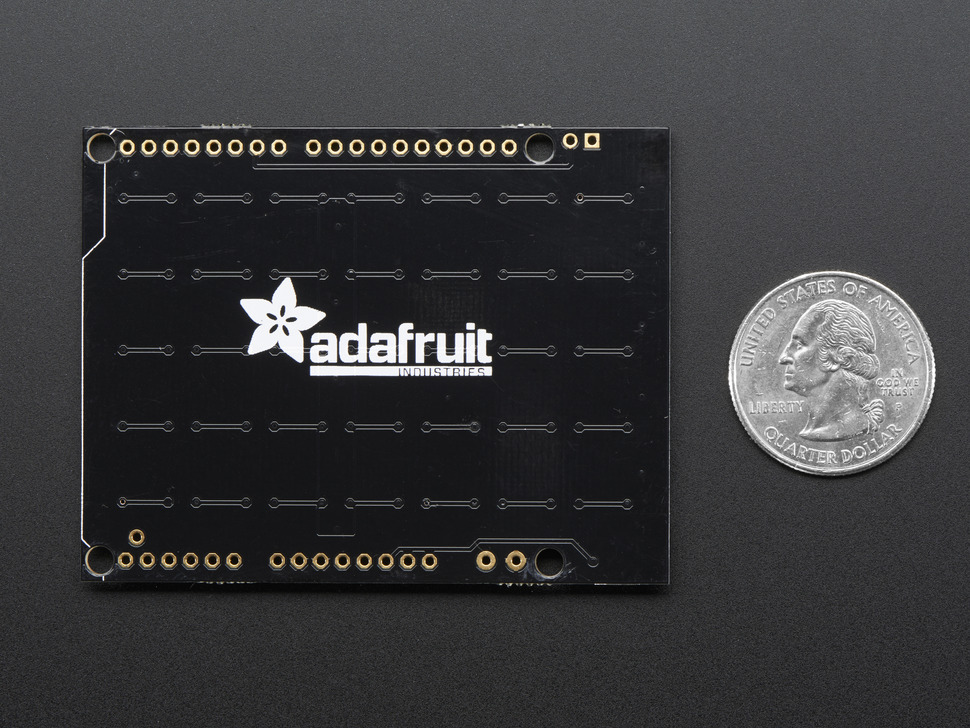 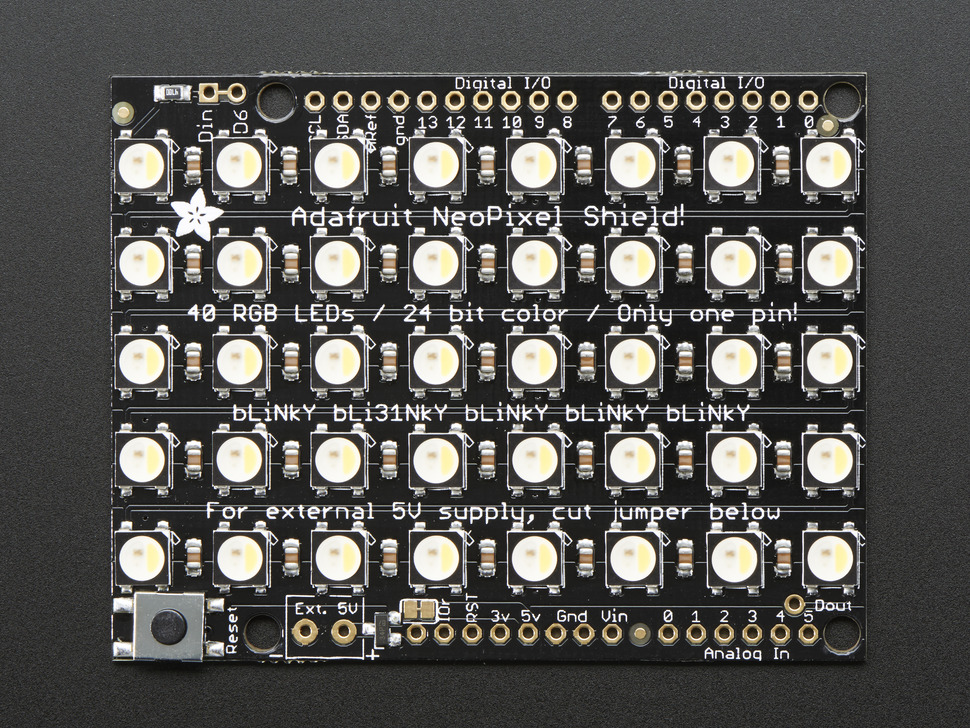 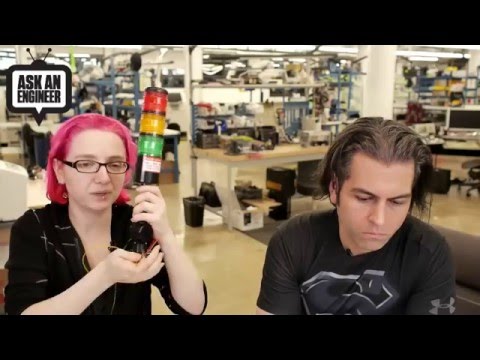 Put on your sunglasses before putting this shield onto your 'duino - 40 eye-blistering RGBW LEDs adorn the NeoPixel shield for a blast of configurable color. Arranged in a 5x8 matrix, each pixel is individually addressable. Only one pin (Digital #6) is required to control all the LEDs. You can cut a trace and use nearly any other pin if you need some customization.

This is the Natural White RGBW version.  We also have this NeoPixel Shield in Warm White, Cool White, and good ole' RGB!

The NeoPixel is 'split', one half is the RGB you know and love, the other half is a white LED with a yellow phosphor. Unlit, it resembles an egg yolk. Lit up these are insanely bright (like ow my eye hurts) and can be controlled with 8-bit PWM per channel (8 x 4 channels = 32-bit color overall). Great for adding lots of colorful + white dots to your project!

To make it easy to start, the LEDs are by default powered from the 5V onboard Arduino supply. As long as you aren't lighting up all the pixels full power white that should be fine. If you want to power the shield with an external power supply, solder in the included terminal block (pro-tip: put it on the bottom of the board so it doesn't stick up) to wire in an external 4-6VDC power supply - that power supply will also power the Arduino and shield. If you want to use the terminal block to power the shield but keep the Arduino itself on DC or USB power only, cut the center of the solder jumper to the right of the terminal block. There's a polarity protection FET on the external input in case you wire the power backwards (we would never do that, it was, umm, a friend of ours, yeah that's it!)

If, say, you need MORE blinky, you can chain these together. For the second shield, connect the DIN connection to the first shield's DOUT. Also connect a ground pin together and power with 5V. There you go! You can chain as many as you'd like although after 5 or more shields you may run low on RAM if you're using an UNO. 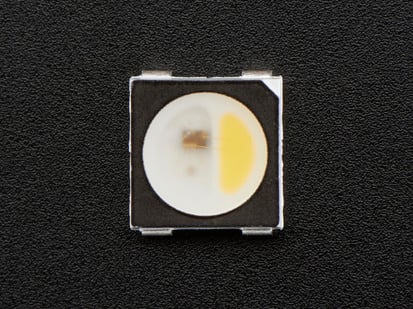 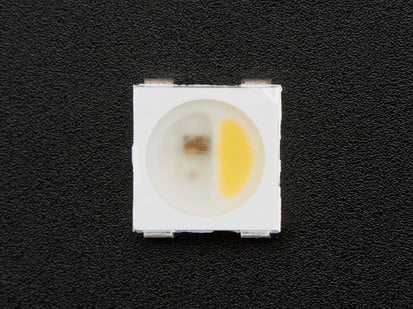 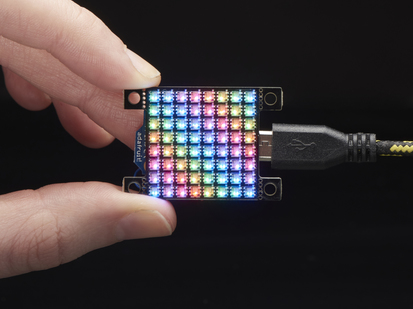