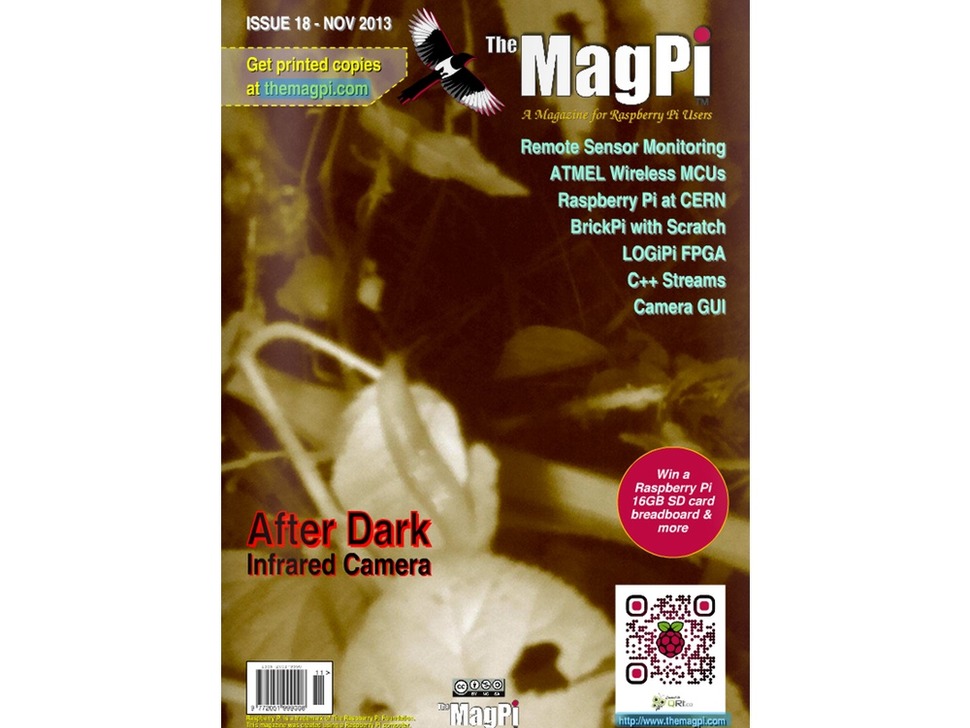 Welcome to issue 18 of The MagPi - the premier Raspberry Pi magazine for beginners, experts, Pi-fanatics and the merely Pi-curious.

The Raspberry Pi Foundation has just released the Pi NoiR, an adapted version of their camera with the infra-red filter removed. This month, there's a great article from Andrew Back of RS Components, where he takes you through the steps he used to create a night vision camera to catch critters in his back garden.

Issue 18 introduces you to a great program called PiVision which brings an attractive GUI, allowing you to control the module through its native apps. This month features a very informative article on the Raspberry Pi at CERN and a look at using Scratch with BrickPi.

There is also the first in a series of articles titled ‘Project Curacao’, an environmental monitoring system utilizing the Raspberry Pi which will be hung unattended on a radio tower on the island nation of Curacao. Exotic!