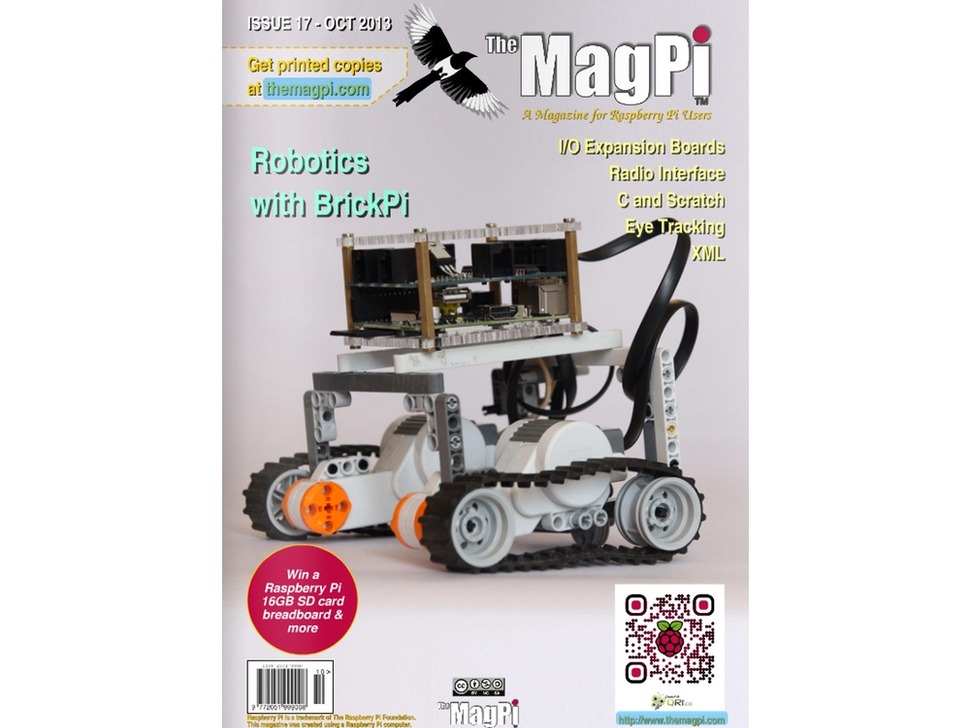 Welcome to issue 17 of The MagPi - the premier Raspberry Pi magazine for beginners, experts, Pi-fanatics and the merely Pi-curious.

As you can see from the cover, issue 17 has gone all robotic! This issue features a great article from the team at Dexter Industries taking a look at their clever kit: the BrickPi. You may recognize the project from Kickstarter and the Foundation site. It is ideal for all levels of user and a great way to get your Raspberry Pi moving. Head over to page 4 for more information.

To add to the Sci-Fi theme, issue 17 includes another article using the Raspberry Pi camera module. This month The MagPi introduces you to creating a program to track eye movements. There is more on NanPy and a great article in the series on the IO expander.

So far The MagPi has featured a multitude of articles which give reference to using WiFi to communicate between peripherals. Are you bored of being confined to your network? In issue 17 The MagPi sets your Raspberry Pi free! Matthew Hollingworth looks at the ability for the Raspberry Pi to send and receive messages using radio waves. Team that with the BrickPi and the ability to track eyes and you could have yourself a very exciting project!

Due to its popular demand, there is more this month on XML and a ‘C Cave’ revival, describing unions and dynamic memory allocation. If this isn’t enough, to top it all off there is a Scratch article teaching you how to create a program to fire ballistic missiles!