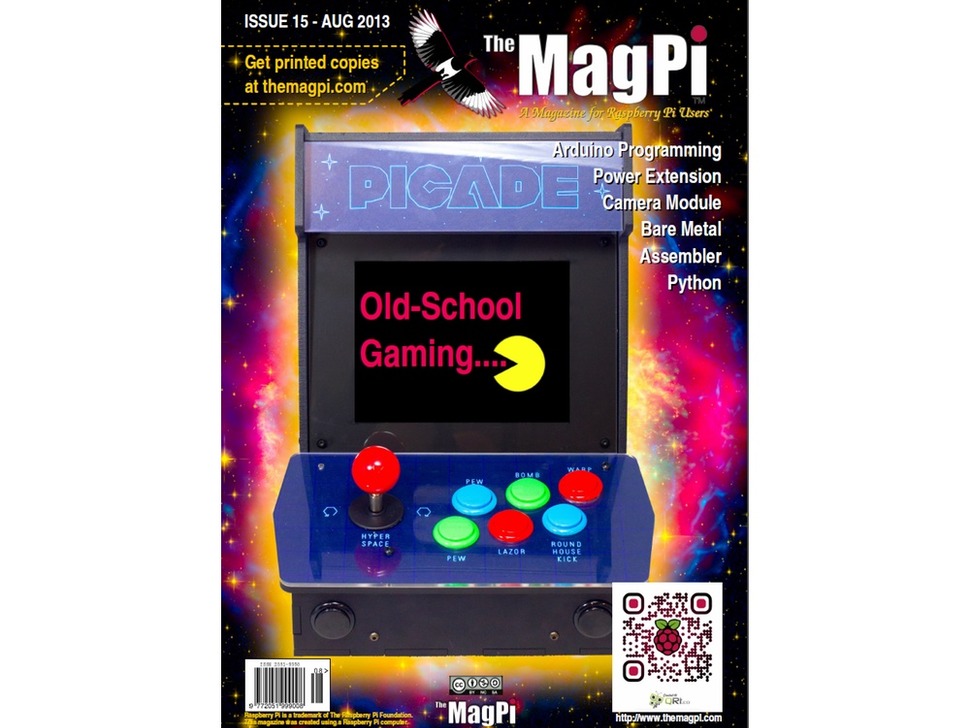 Welcome to issue 15 of The MagPi - the premier Raspberry Pi magazine for beginners, experts, Pi-fanatics and the merely Pi-curious.

Are you bored of school holidays or just want some down time after a hard day at work? This month’s issue has something for everyone! The MagPi takes a look at the ‘Multiple Arcade Machine Emulator’ and reflects back at some of the arcade history’s greatest games, describing how you can turn your Pi into a retro gaming console!

If that’s not enough, issue 15 delves deeper into the the partnership made in heaven, The Raspberry Pi – Arduino double act. We look at connecting the two and even the possibility of controlling your Arduino from the command line.

James Hughes discusses advanced usage of the camera module and more is published on Cocktail MegaPower and Pi Matrix, where Bruce Hall describes how to produce lighting routines for this clever piece of kit.

The MagPi is excited to start you on an epic journey towards making your own operating system in the first in a series by Martin Kalitis titled ‘Bake your own Pi filling’.

The MagPi is proud to introduce yet another language to readers, XML, along with more from favorites Assembler and Python.