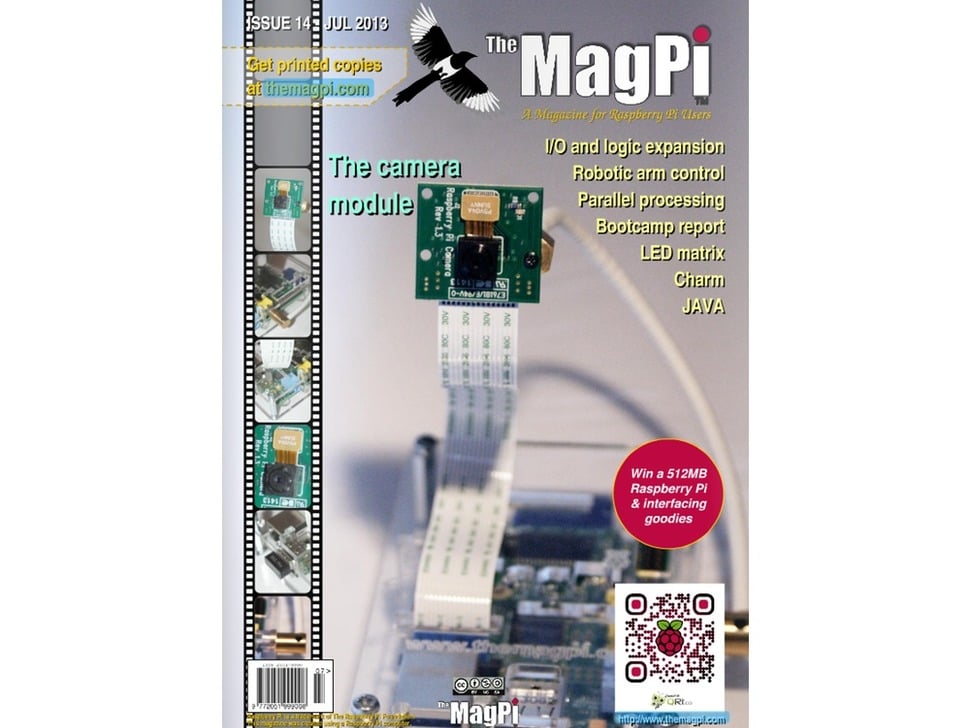 Welcome to issue 14 of The MagPi - the premier Raspberry Pi magazine for beginners, experts, Pi-fanatics and the merely Pi-curious.

This month The MagPi begins their journey in introducing the newest module in the Raspberry Pi world, the camera, with a great guide written by James Hughes on setup and basic operation. The conclusion of this article will be found in next month’s edition where James builds on these foundations with hints and tips on advanced usage.

Issue 14 reloads the Matrix with part two of the interesting Pi Matrix article, takes a look at the Guzunty board and reviews the ever popular South West Raspberry Pi Boot Camps.

This month also brings you more on the programming languages Charm, Scratch and Python plus the first MagPi article on the popular language, Java.