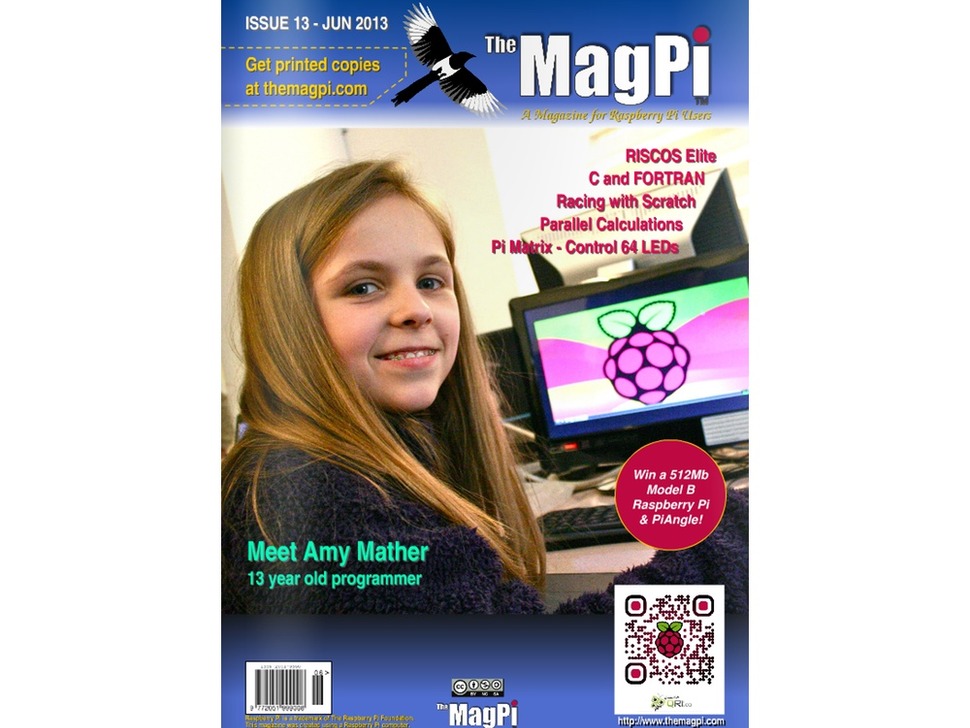 Welcome to issue 13 of The MagPi - the premier Raspberry Pi magazine for beginners, experts, Pi-fanatics and the merely Pi-curious.

Welcome to the 13th issue of The MagPi! This month, the MagPi is proud and thankful to be able to showcase the super smart Amy Mather as she talks about Conway’s Game of Life, what it’s like being a young hacker and what she has planned for the future.

The MagPi takes your Raspberry Pi to the club scene and continues the Schism Tracker music series, ply it with plenty more of Lloyd Seaton’s genius cocktails and top the night with a little Pi Matrix for good show.

If that wasn’t enough, issue 13 returns to the 1980s by showing you how to set up and play the seminal space trading game ‘Elite’ on your Raspberry Pi. This issue also catches up on the next installments of some of the top programming languages with C Cave, Scratch Patch and Python Pit.