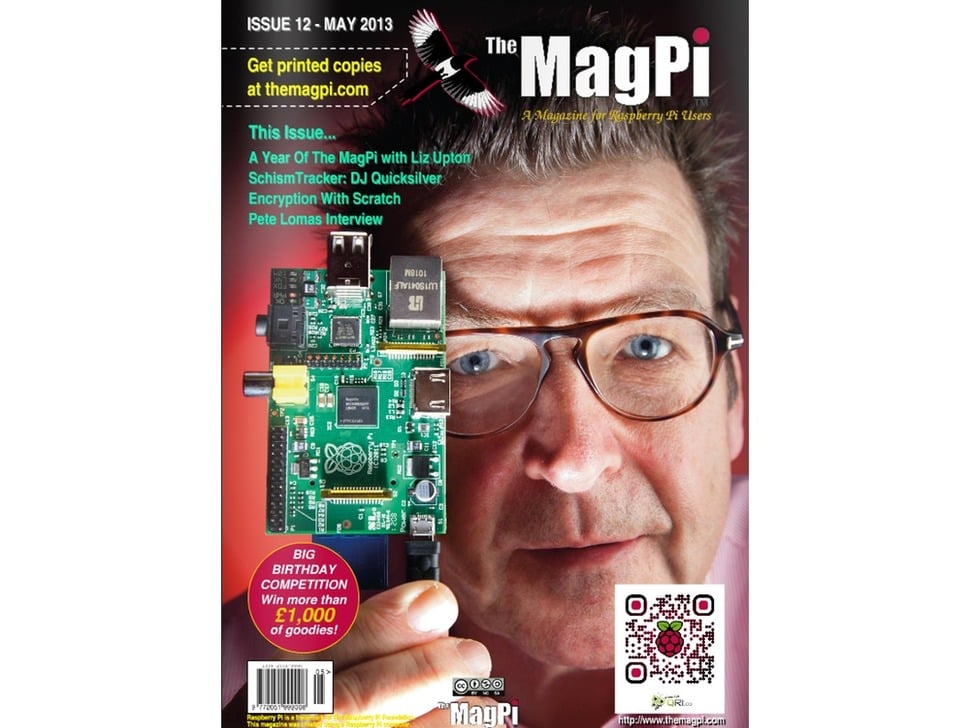 Welcome to issue 12 of The MagPi - the premier Raspberry Pi magazine for beginners, experts, Pi-fanatics and the merely Pi-curious.

Issue 12 of The MagPi celebrates their first anniversary!

What a year it has been! To mark this incredible achievement, Liz Upton from the Raspberry Pi Foundation has kindly agreed to be a guest writer for the magazine and has produced an article documenting The MagPi's first year of publication.

The MagPi also take this opportunity to include articles covering some of the less published start up questions in the ‘Beginner’s Guide’ article and reviews some of the operating systems which were produced over the last year for the Raspberry Pi. The MagPi’s very own Ian McAlpine provides a fantastic insight into the mind of Pete Lomas plus more from their great authors on coding.