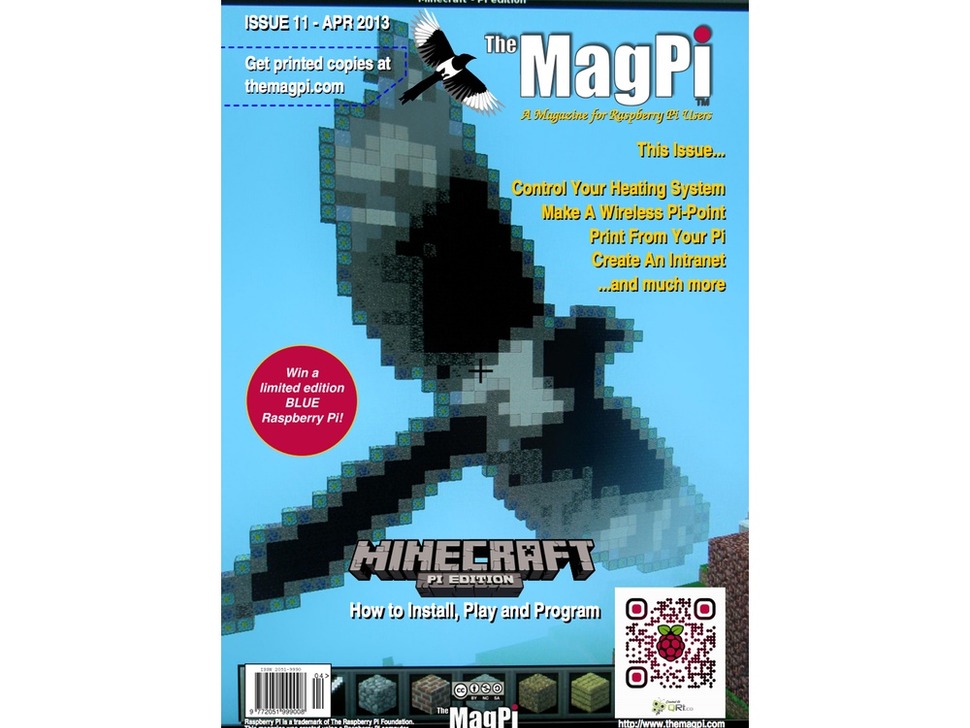 Welcome to issue 11 of The MagPi - the premier Raspberry Pi magazine for beginners, experts, Pi-fanatics and the merely Pi-curious.

This month, The MagPi presents some more articles which demonstrate how versatile a Raspberry Pi computer is. There are hardware and automation projects and several programming articles to choose from. The MagPi are pleased to provide a first assembly article and hope to see some bare-metal coding in the future.