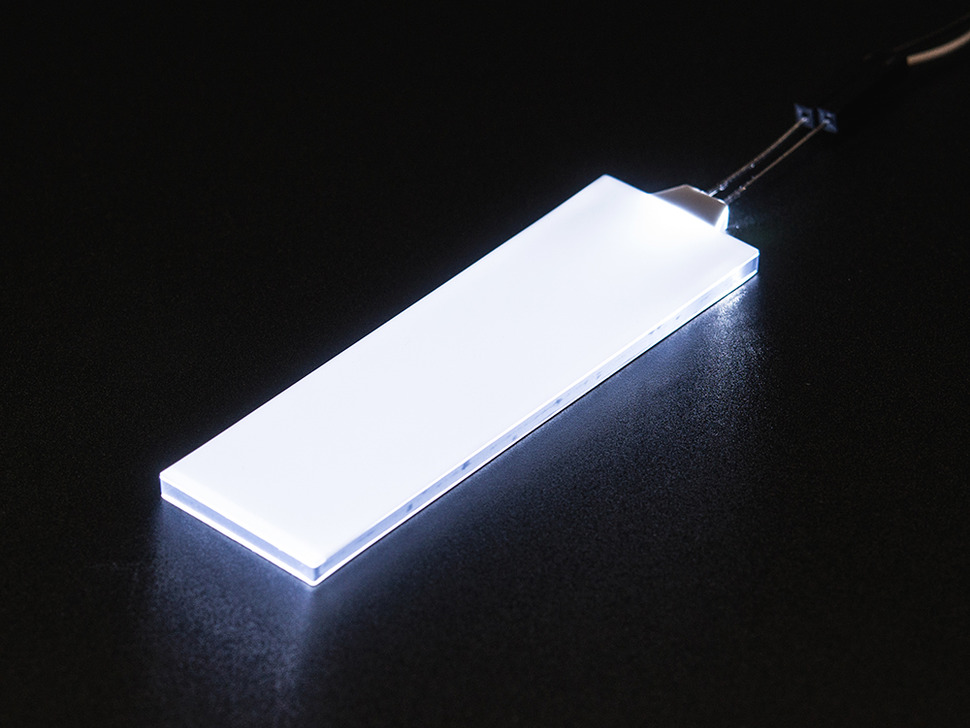 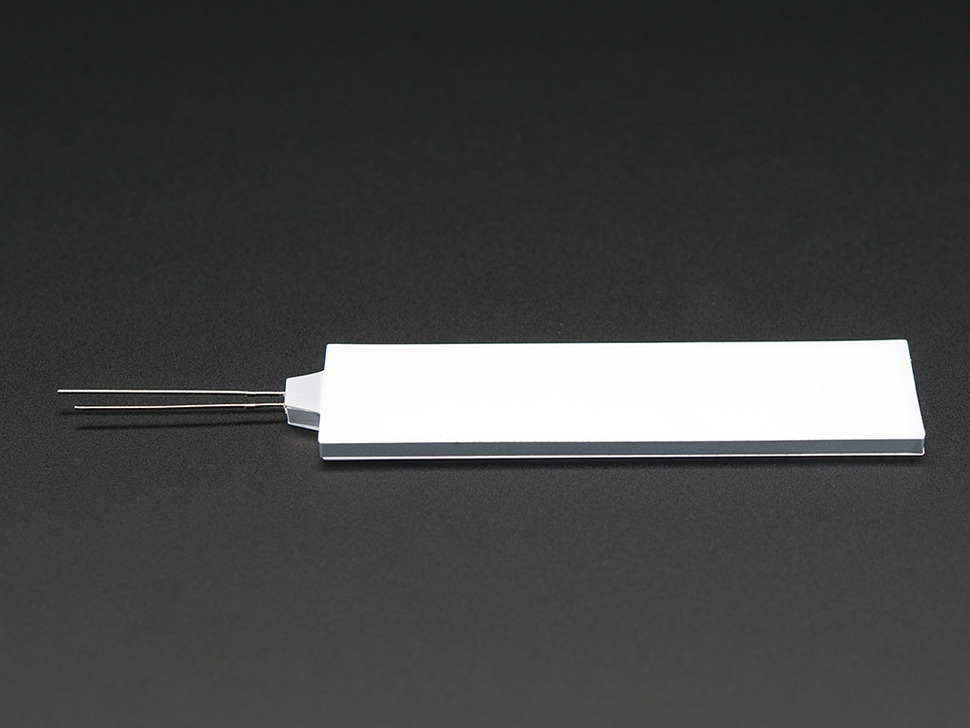 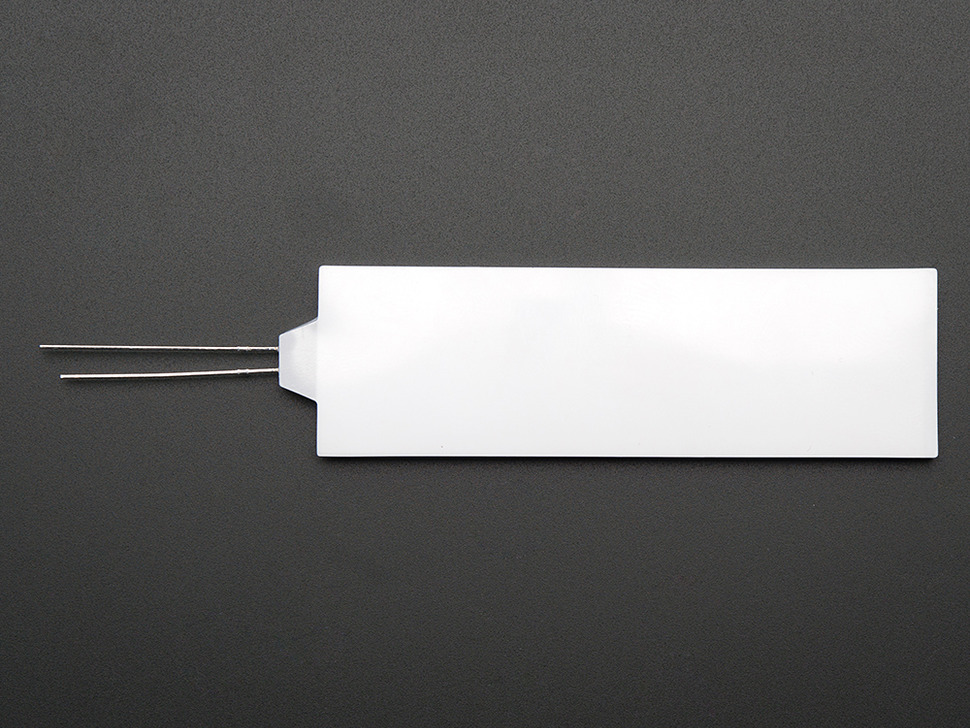 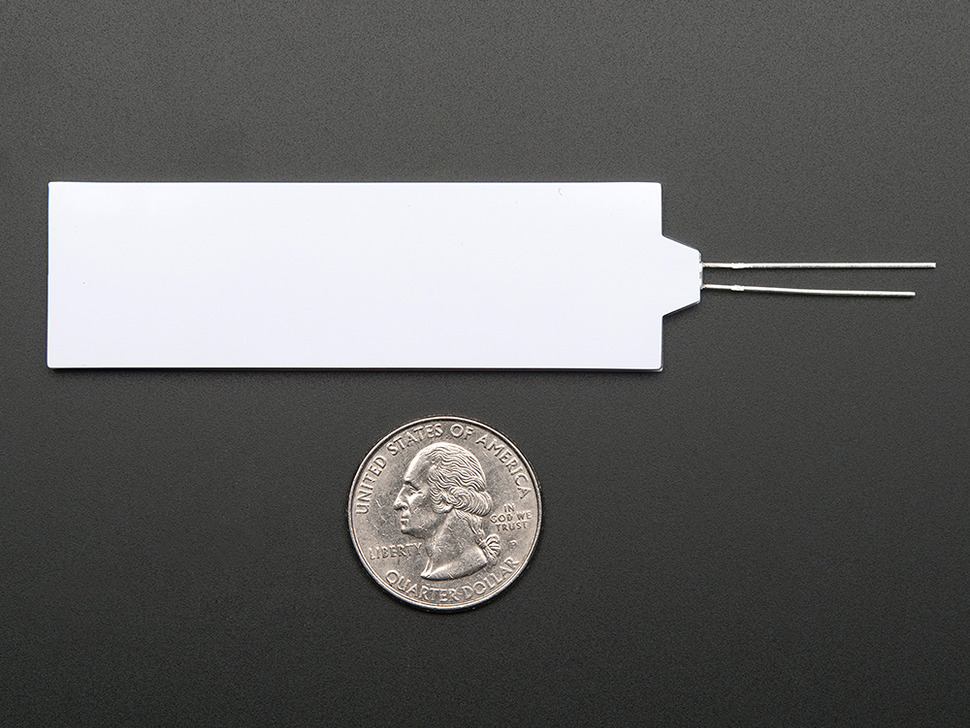 These pretty strips of light are plastic diffused backlights, often seen in LCD displays. Normally they're tucked behind the LCD and shine white light from below. Here, we've got the LEDs available individually and they're really cool! Each LED is encased in a 3.5mm thick strip of a acrylic. The acrylic strip is a special type that is very good at diffusing light, so even though there is only one single white LED, it provides near-uniform lighting. The other flat side of the strip has a reflector on it so you only get light from the top (otherwise the backlight would lose 1/2 the brightness unnecessarily).

Wave Shield Talking Clock
Adabot tells time. You can too! 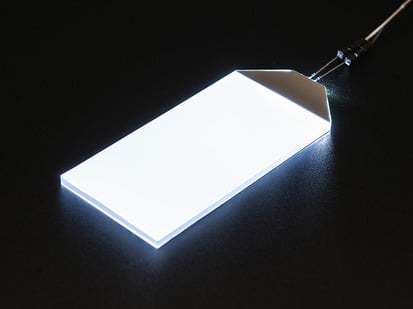 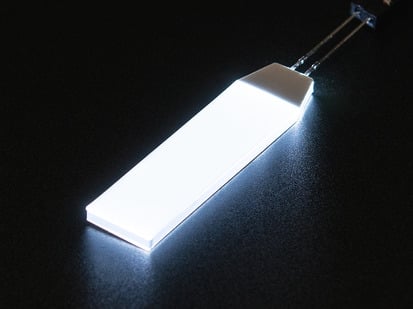 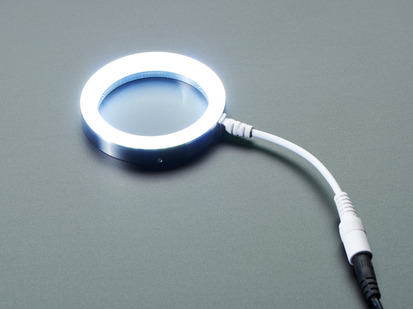 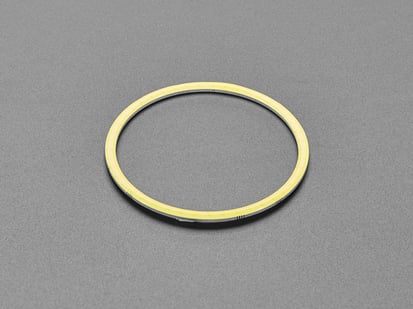