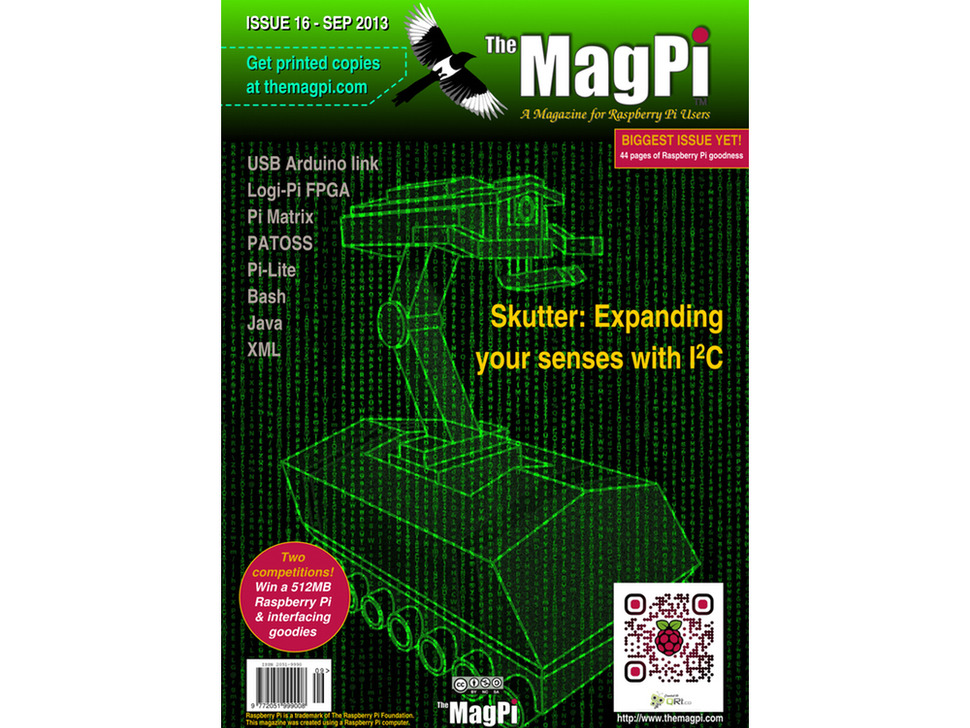 Welcome to issue 16 of The MagPi. The premier Raspberry Pi magazine for beginners, experts, Pi-fanatics and the merely Pi-curious.

It’s back... Skutter returns to the pages of The MagPi and this time it’s more sensitive! Stephen takes you in detail through expanding the number of inputs and outputs which can be controlled from your Raspberry Pi using I2C. This will allow you to add more sensors to your bot while driving the base unit.

In this issue we have some great hardware projects like Jorge’s PATOSS for monitoring his injured bird and we learn how to scroll text on the Pi Matrix.

After all that, we supplement the above with some fantastic software articles.

We are pleased to provide more on programming in Java by looking at control flow sentences, numbers, strings and booleans with Vladimir. For the cherry on the cake we have more from Bash gaffer tape and building and parsing XML in Python.

Hope you enjoy the biggest issue of The MagPi to date! -Ash Stone 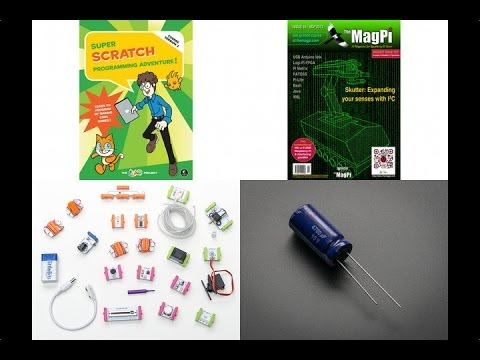