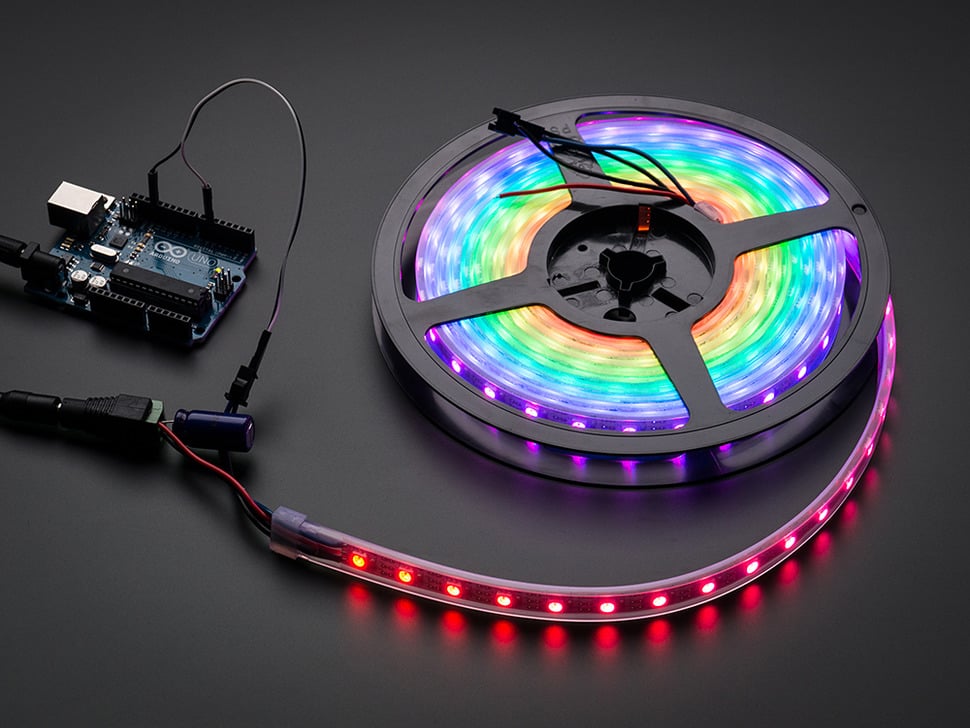 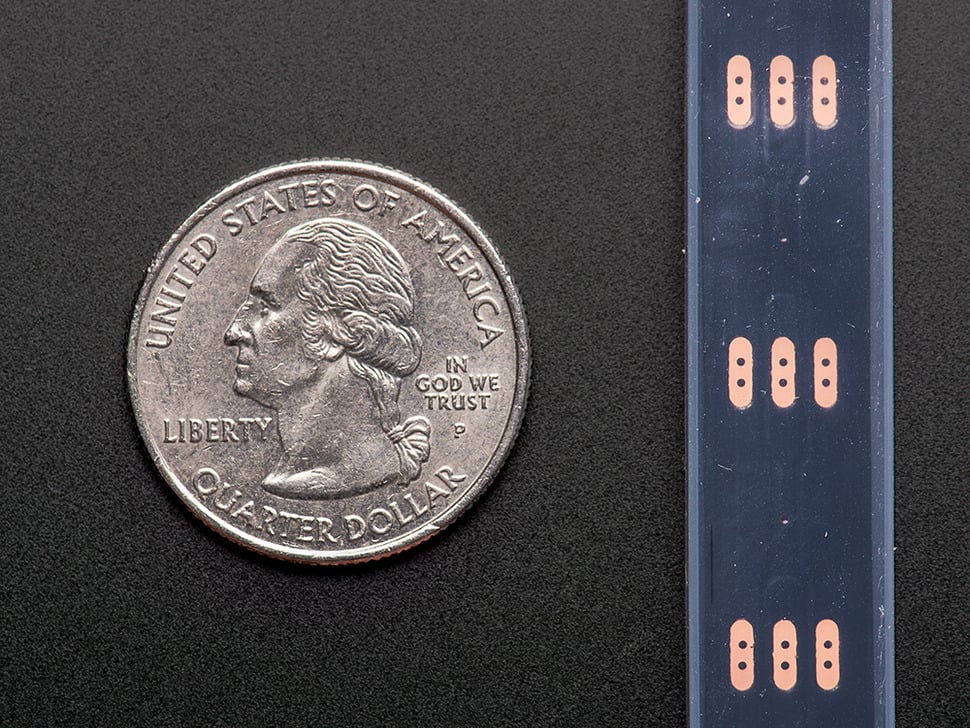 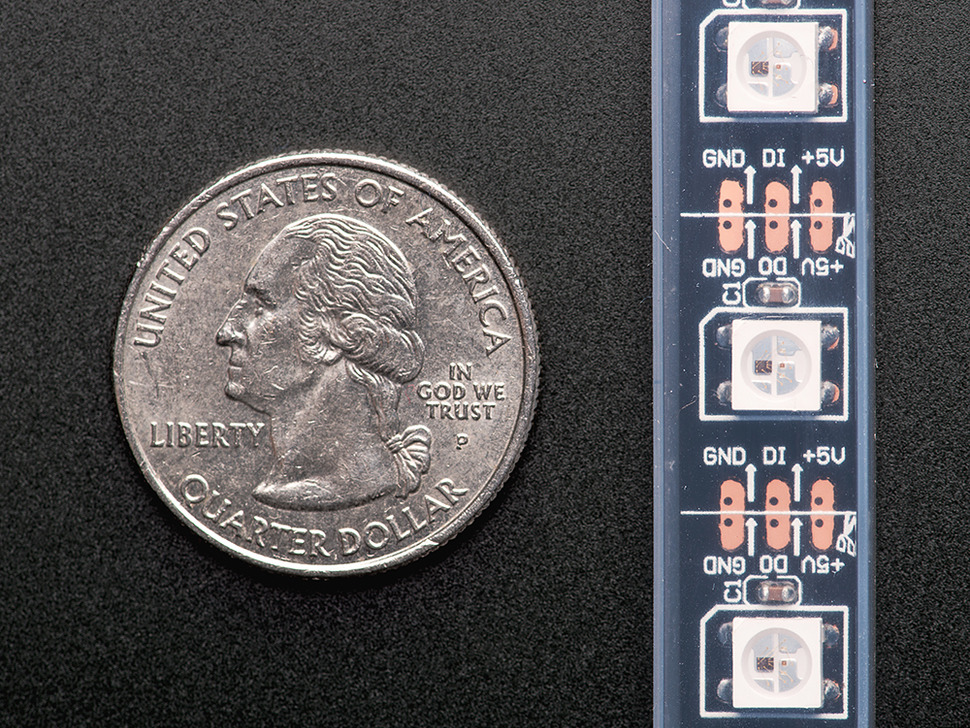 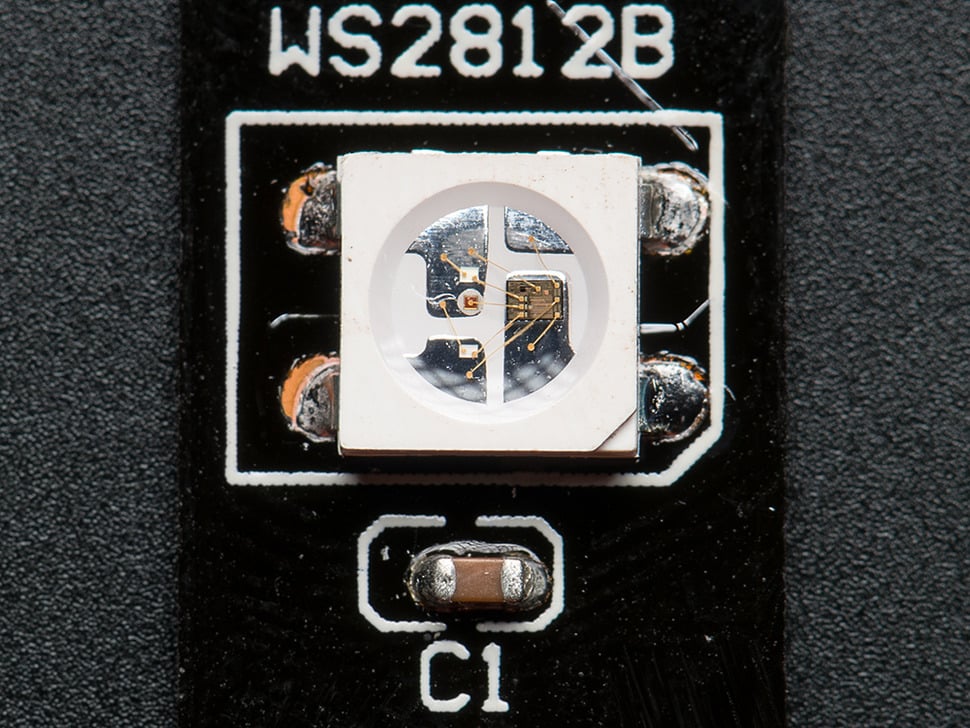 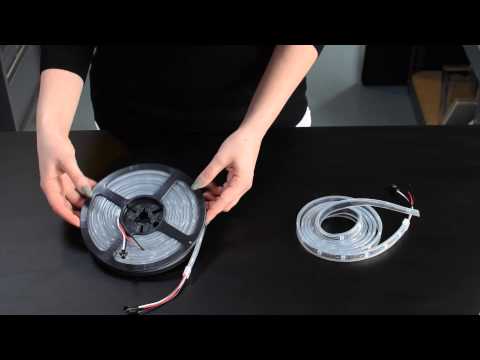 You thought it couldn't get better than our world-famous 32-LED-per-meter Digital LED strip but we will prove you wrong! You wanted twice the LEDs? We got it (well, it's 1.875 times as many but that's within a margin of error). You wanted thinner strips? Now only 12.5 mm wide, 10 mm if you remove the strip from the casing. You wanted less noticeable strip color - this strip has black-colored flex PCB, which will be less visible against black-painted walls. This is the strip with black flex PCB, it's identical to the white 60 LED/meter except it has a different color mask on the flex strip.

The strip is made of flexible PCB material, and comes with a weatherproof sheathing. You can cut this stuff pretty easily with wire cutters, there are cut-lines every 0.65"/1.7cm (1 LED each). Solder to the 0.1" copper pads and you're good to go. Of course, you can also connect strips together to make them longer, just watch how much current you need! We have a 5V/2A supply that should be able to drive 1 meter (depending on use) and a 5V/10A supply that can drive up to 4 meters (depending on use) You must use a 5V DC power supply to power these strips, do not use higher than 6V or you can destroy the entire strip.

As of April 2nd, 2014 these come in 4 meter reels with a 2 or 3-pin JST SM connector on each end and separated power/ground wires. These strips are sold by the meter! If you buy the 4 meters version (as selected above when you add to cart) you'll get a full reel with two connectors. If you buy other than a 4 meter full reel, you'll get a single strip, but it will be a cut piece from a reel which may or may not have a connector on it. If the piece comes from the end of the reel, the connector may be on the output end of the strip! 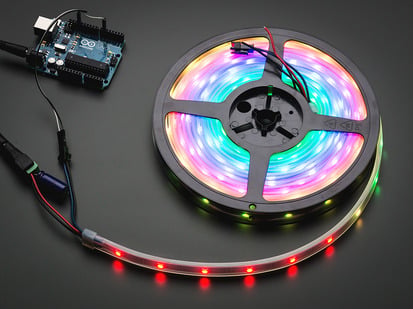 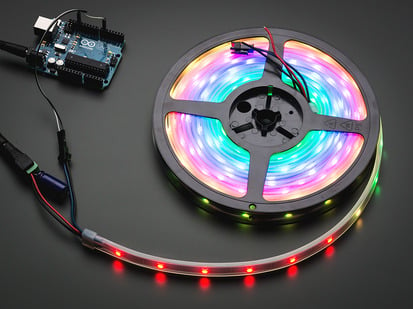 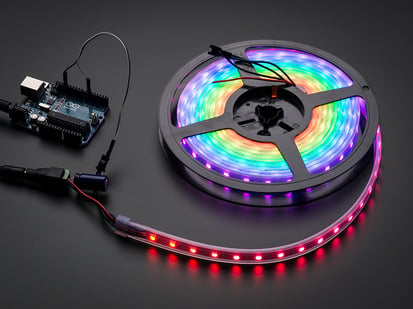 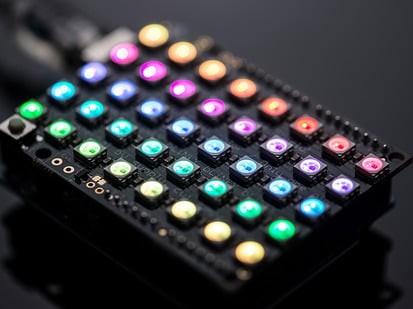 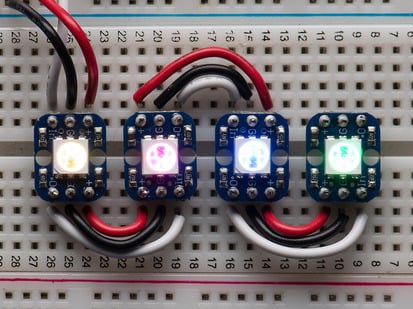 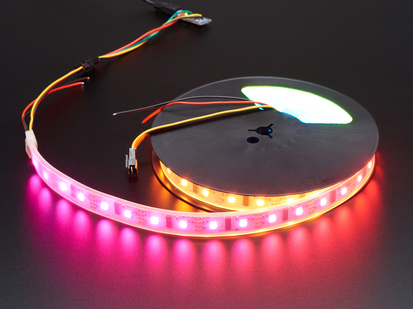 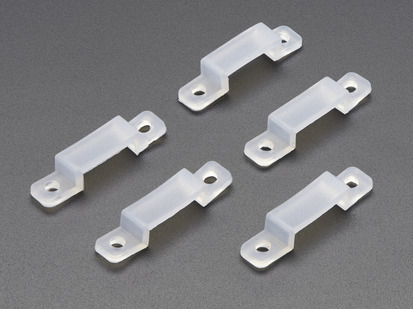 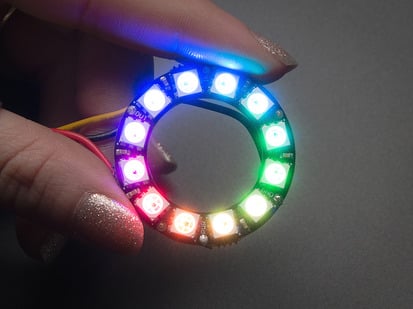 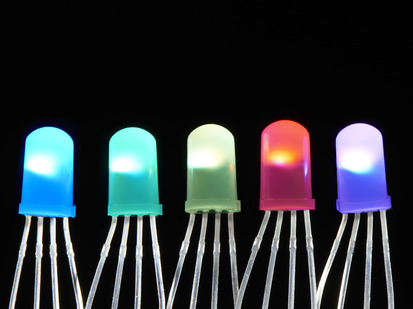 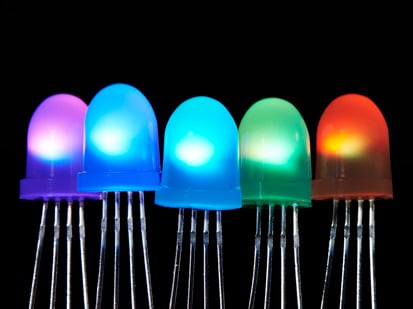 Learn about the benefits of ordering full reels
$24.95
In stock