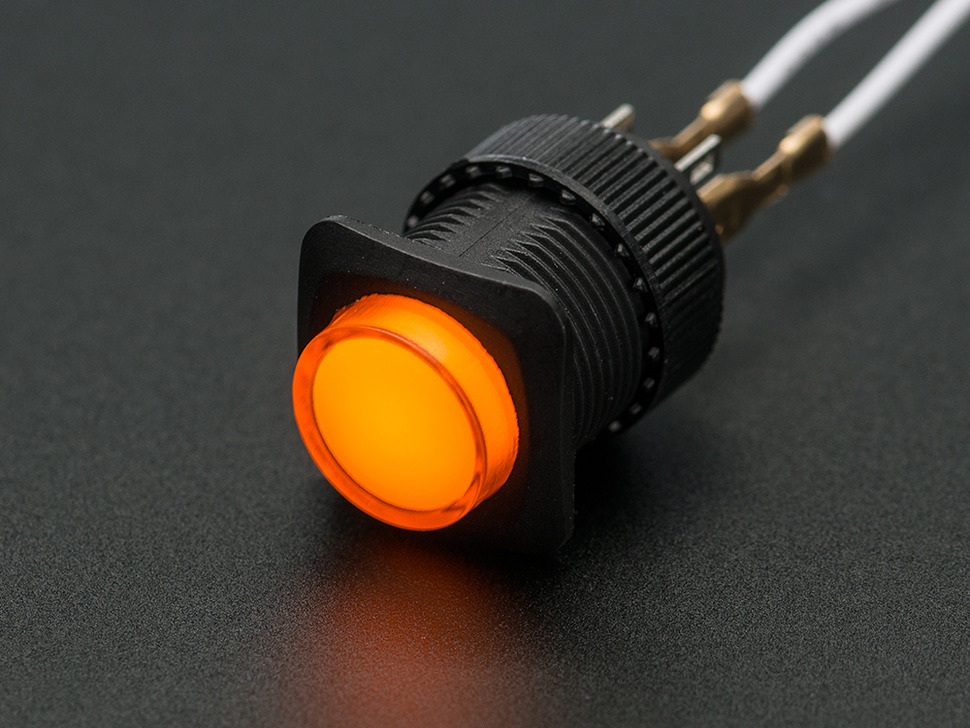 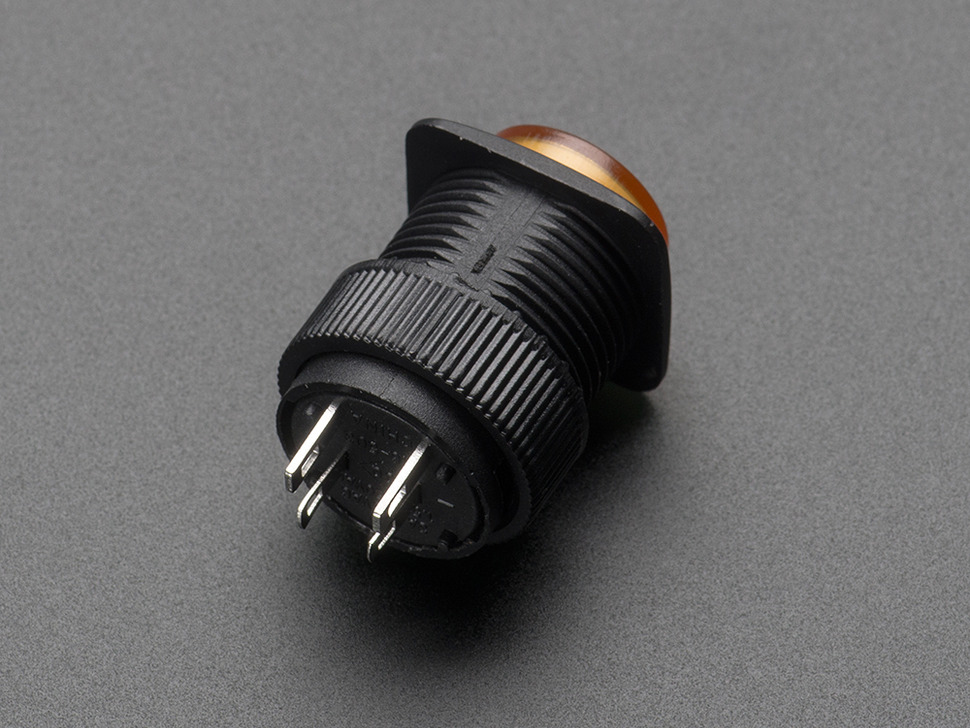 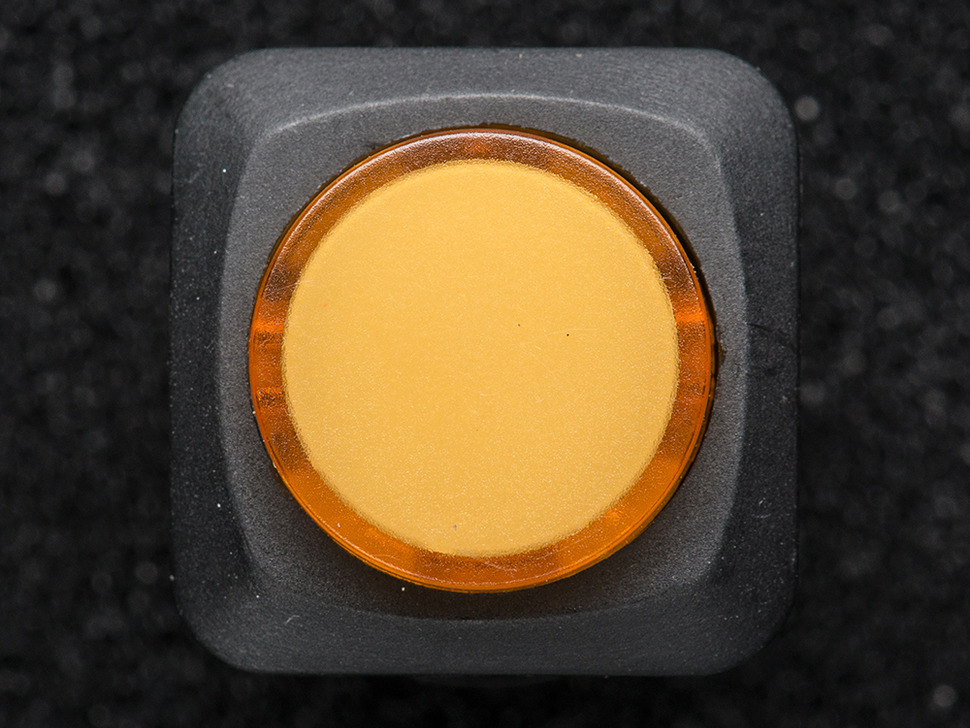 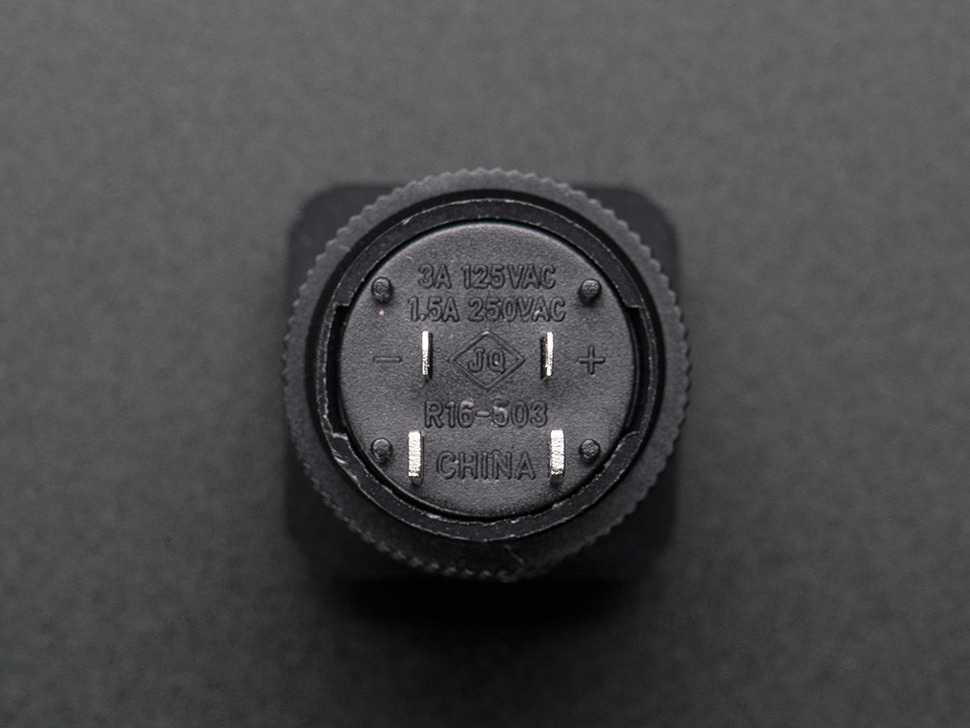 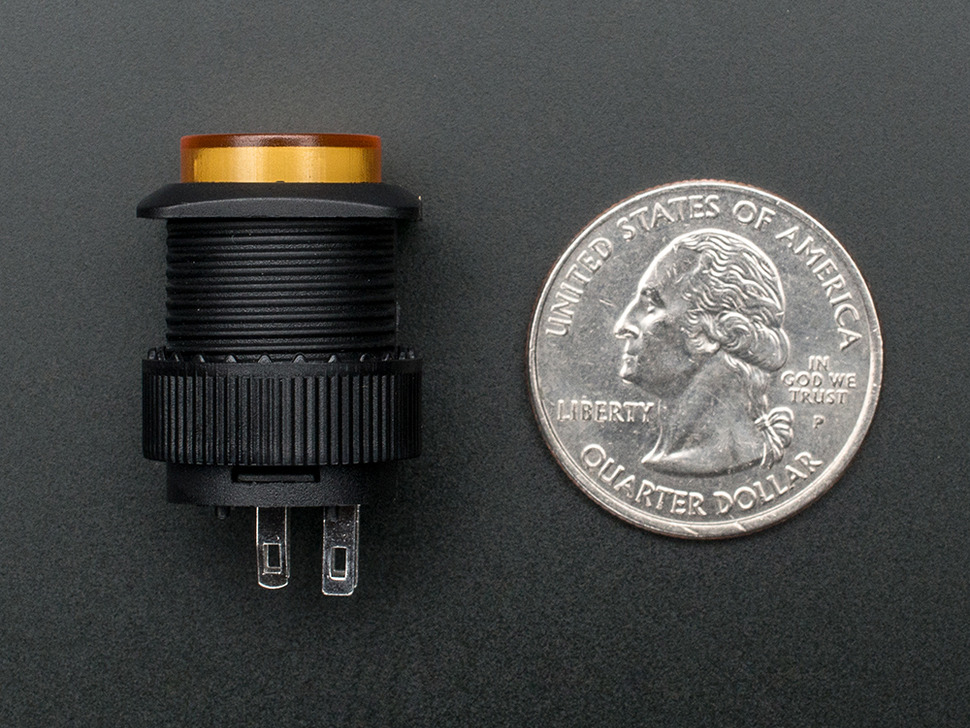 A button is a button, and an LED is a LED, but this LED illuminated button is a lovely combination of both! It's a medium sized button, large enough to press easily but not too big that it gets in the way of your project panel. It has a built in LED that can be controlled separately from the switch action - either to indicate or just to look good.

This particular button has a yellow body and LED and is momentary, normally open. The two switch contacts are not connected normally. When you push the button they will temporarily connect until the button is released. The LED is separated from the button, so you can make it light up when pressed, light up when not pressed, always lit, etc. 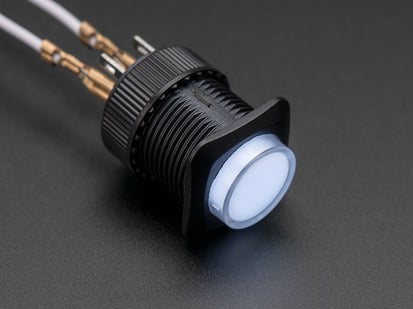 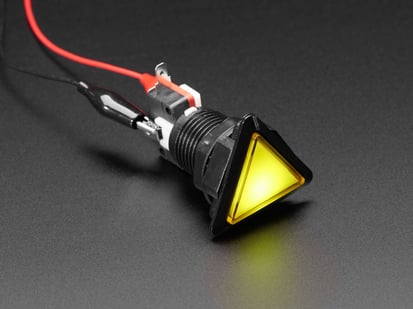