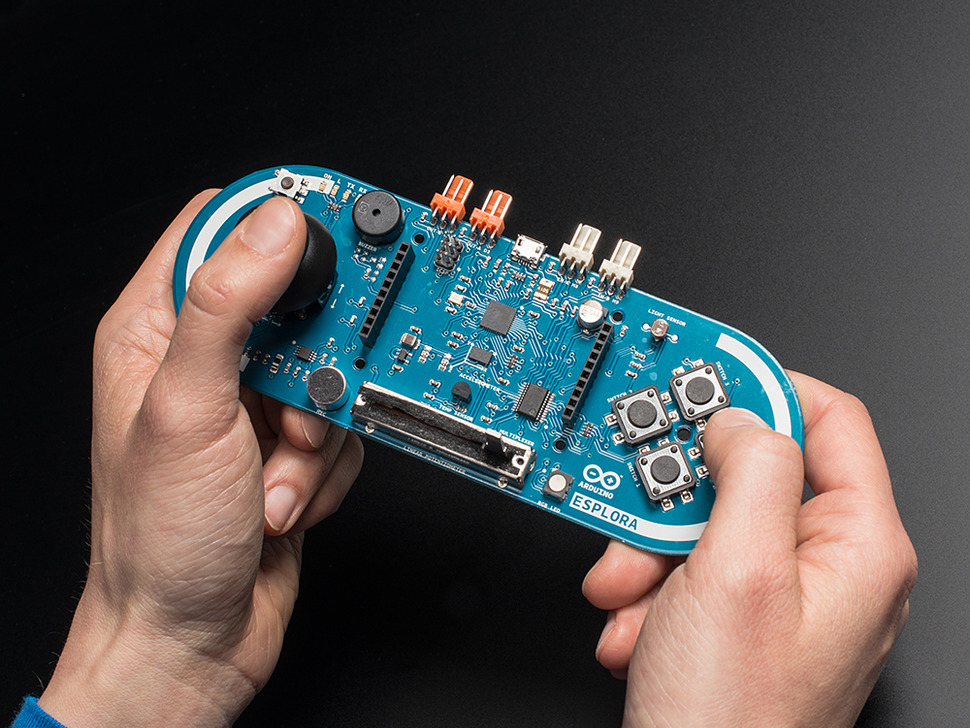 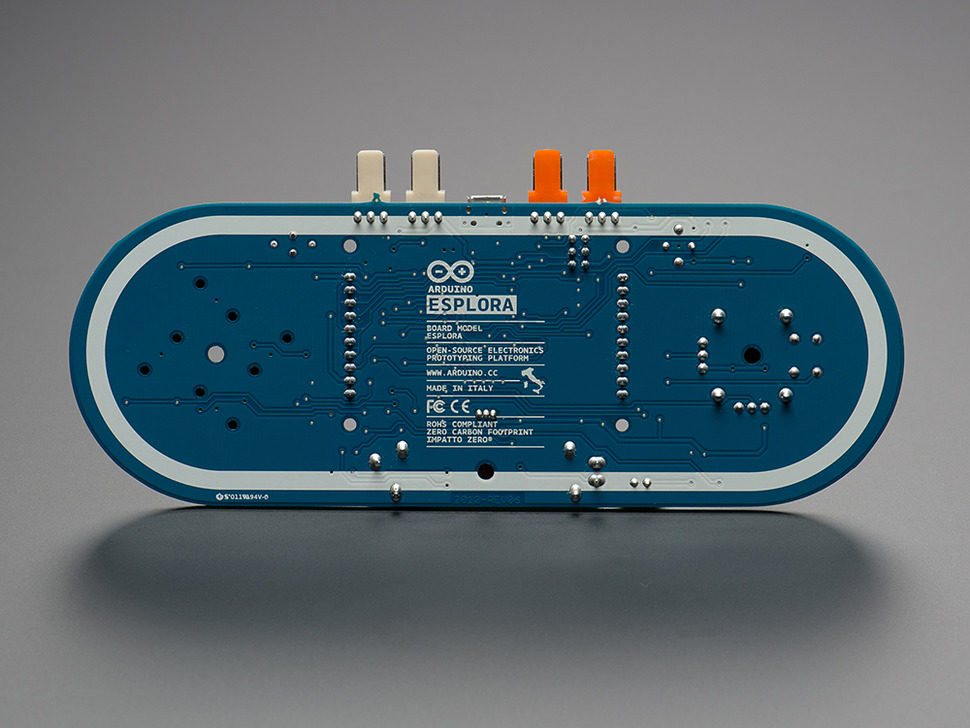 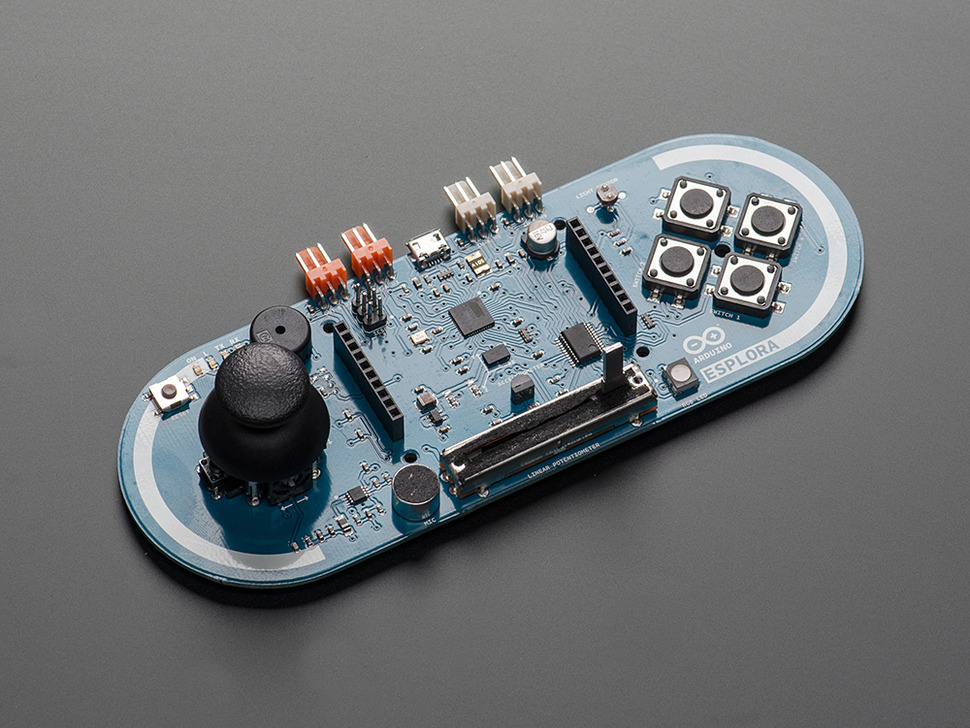 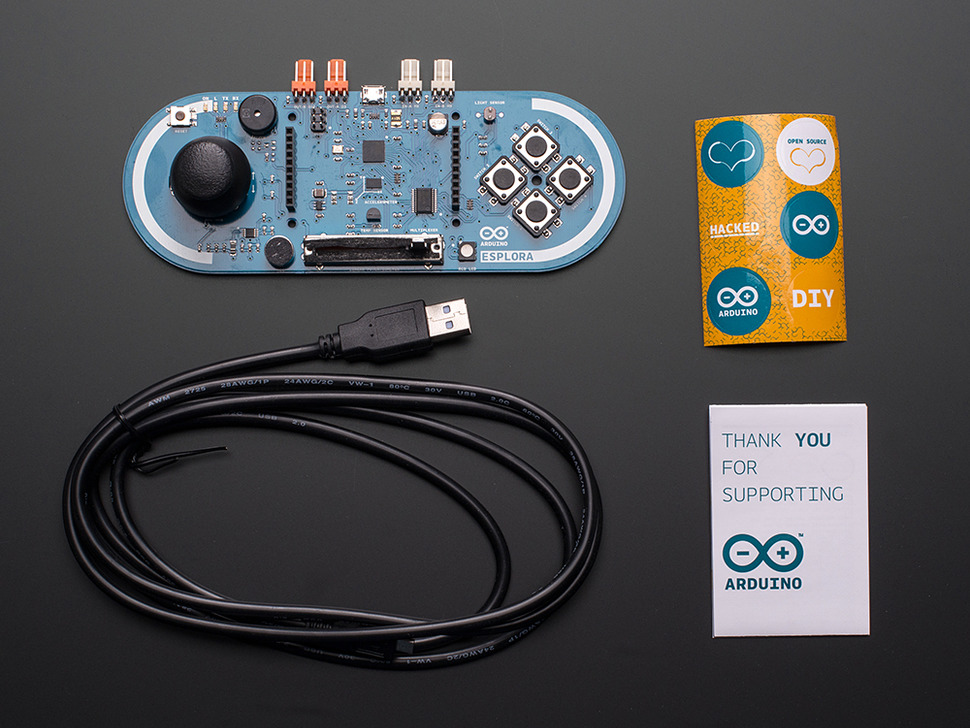 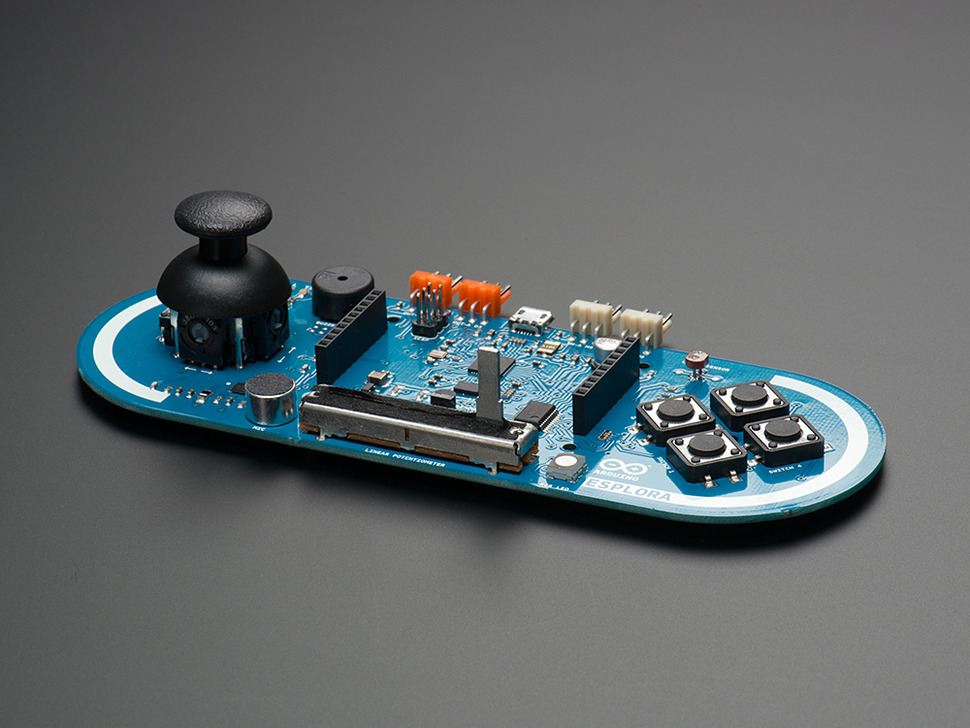 The Arduino Esplora is a fun new game controller-shaped microcontroller board derived from the popular Arduino Leonardo. What makes the Esplora cool (and a great starter board) is that it has a number of built-in, ready-to-use sensors already on the board, for easy interaction. It's designed for people who want to get up and running with Arduino without having to learn about the electronics wiring first. For a step-by-step introduction to the Esplora, check out the Getting Started with Esplora guide.

The Esplora has onboard sound and light outputs, and several input sensors, including a joystick, a slider, a temperature sensor, an accelerometer, a microphone, and a light sensor. It also has the potential to expand its capabilities with two Tinkerkit input and output connectors, and a socket for a color TFT LCD screen (coming soon!).

Like the Leonardo board, the Esplora uses an Atmega32U4 AVR microcontroller with 16 MHz crystal oscillator and a micro USB connection capable of acting as a USB client device. Since the Esplora has built-in USB communication; it can appear to a connected computer as a mouse or keyboard, in addition to a virtual (CDC) serial / COM port. Great for making interactive projects super fast! It even comes with a 5 foot long Micro USB cable so you can plug in and go.